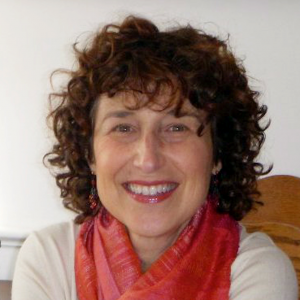 I was optimistic. I could make the six weeks into a rare opportunity. That’s how long I was to be restricted to a walker as I recovered from a hip replacement. Unable to drive, I would have limited distractions. I wasn’t teaching, and my husband, Paul, and I had kept our social calendar empty. Other than visits from my physical and occupational therapists and from generous friends who promised to stop by with food and companionship, my days would be open. Surgery, it turned out, was a great excuse to shirk all kinds of obligations, leaving me with a rare freedom to focus on writing, reading and healing.

The first week I was fatigued, and just getting to and from the bathroom was a chore. But by the end of the second week, I could begin to think about other things, starting with an article I had been assigned to write.

I remember that day. I was still spending most of my time in the dining room, where Paul had moved one of our daughters’ twin bed until I could more confidently negotiate the stairs. It was lovely there, just off the kitchen, with the bathroom mere steps away. My view was the forest behind our house. I kept the windows opened to fill the room with summer breezes, the chirps of birds and, sometimes, the sweet aroma of newly mowed grass.

Propped up on pillows, legs outstretched under the blankets, computer on my lap, I wrote a few sentences. It might have taken me 45 minutes to an hour, but that wasn’t unusual, and besides, I had nowhere else to be. I took a break to read my book, which made me sleepy enough to curl up and nap for a bit. When I awoke, I was ready to write a few more sentences. Time bobbed calmly on the sea of the afternoon. It was perfect–well-paced, productive enough, healthy, and utterly up to me.

A week has passed since then (though it seems like much longer). I finished the article. I finished the book and started another. I have checked Facebook too many times, gone through the entire new season of Orange is the New Black and watched the final episodes of Nurse Jackie.

I don’t think twice about going to the bathroom now. I can get up and down the stairs as needed; I can fix my own meals and clean up afterwards; I can shower by myself whenever I want. I’ve taken care of all kinds of tasks that my physical limitations permit.

But the midway point has lasted a long time. I started saying it two days before the official date: “Three more weeks to go!” It is now the day after the date, and it’s still three more weeks to go. I am having trouble retaining my optimism. Funny thing is, I know it’s not the surgery. This is a too-familiar feeling. It flits like a persistent gnat around the edges of my awareness, waiting for its cue to descend. The hunger for a job to do or a problem to solve morphs in an undetectable second into a sense of purposelessness and futility that is instantly truer than whatever wellbeing came before.

It would be reasonable to attribute this malaise to six weeks at home, unable to shop, visit, exercise and do all the assorted errands that I usually resent but that give my life its consequence. But I’m reluctant to do so. I’m determined to face head-on what I live beside anyway: the relentless demand for significance, without which I sink into darkness.

Epilogue: The six weeks did finally pass, and I now appreciate daily my newfound and pain-free agility.

Susan Hodara is a journalist, memoirist, editor and teacher. Her articles about the arts have appeared in The New York Times, Harvard Magazine, Communication Arts, and others. Her memoirs are published in a variety of anthologies and literary journals. She is a co-author with three other women of Still Here Thinking of You, memoirs about mothers and daughters. www.susanhodara.com.