Article and Photos By Grace Bennett

Thursday night’s unveiling of Westchester Medical Center’s expanded, amenities-filled waiting area for families with loved ones in its Trauma Intensive Care Unit, signifies a true triumph for the Lieberman family, a culmination of several years of dedicated fundraising efforts by the board of Evan’s Team; the fund steadily grew as donations poured in following multiple fun and festive events that celebrated Evan Lieberman’s life and gifts. 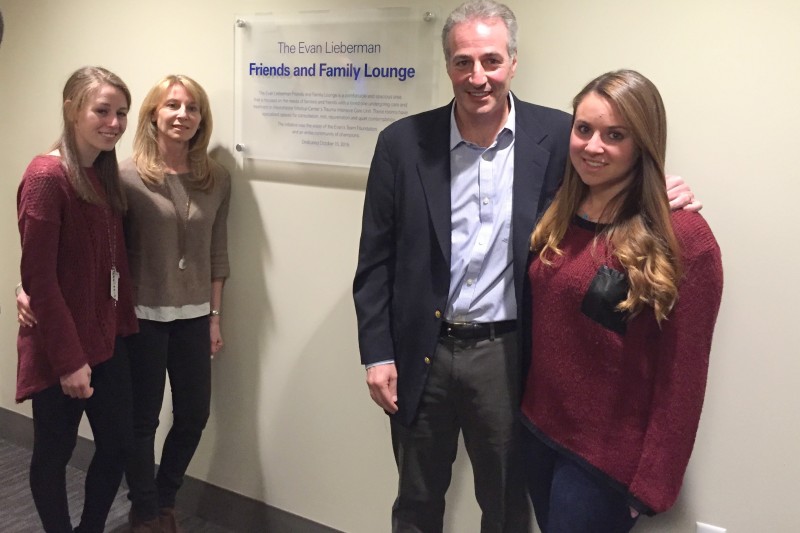 “The day began like any normal day…” Ben Lieberman began, recalling to friends, family and media gathered of any parent’s worst nightmare–the day their 19 year old son Evan was transported to the Trauma Center, where he died four years ago as a result of injuries sustained as a passenger in a motor vehicle accident. “We grabbed whatever ‘real estate’ we could,” explained Ben; he and his wife Debbie, and Evan’s sisters Rachel and Jamie, stayed by his side at all times as he fought for his life over the next 30 days.

Ben described a woefully inadequate waiting area at that point in time and disturbing conditions for family members “catapulted” into similar trauma situations, he said. “We were hearing every type of noise,” he said. “There was an apparatus sending blood all night long.” With no place to rest, “people brought in their own mattresses,” he said.

“Due to the unique nature of its services, our Trauma Intensive Care Unit often operates at patient capacity and when it does, we host 15 patients with three or four caregivers at their side. That’s a lot of people spending extended times in our hospital,” explained Linda McGinnis, R.N., Vice President, Patient Care Services, Westchester Medical Center.

While grateful for the medical care given to Evan, the Liebermans felt the space provided to caregivers could offer more support. Their fundraising efforts raised over $500,000 to support the new space.

At 2,400 square feet, The Evan Lieberman Friends and Family Lounge is more than twice the size of the previous unit and features showers, lockers, nutrition stations and modest sleeping accommodations for caregivers who wish to remain close to their injured loved ones. Its entire design revolves around providing comfort for families during a challenging period.

In attendance were Evan’s friends Richie Giner, Billy Sadik-Khan and Jack Zandi, pictured from left to right below with Ben. In an interview with News 12, they each spoke about Evan.

Said Jack: “We want to support Evan’s family. He has done so much for me and to see them take this tragedy and turn it into something so great for families inspires me.” Jack further described Evan as a young man who was fiercely loyal to his friends, too. “He would always be there for us whenever you needed him.” Richie said Evan would light up a room and that “you couldn’t ask for a better friend.” Billy recalled how difficult it was to “internalize what had happened.” 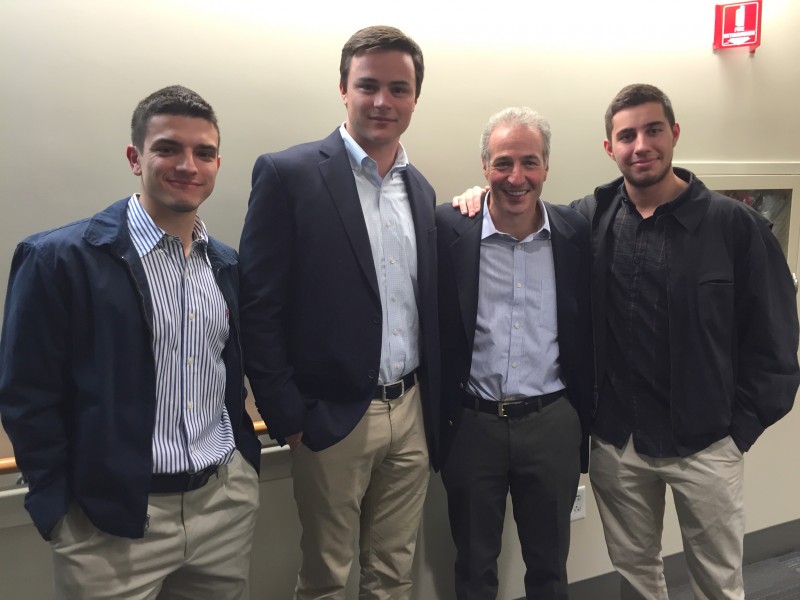 Members of the unit’s surgical team were on hand to express their appreciation for the new facility as well. Dr. Gary Lombardo described the previous situation as a “major oversight. The families are equally important; at least we can help them make the best now of a horrible situation. This was built with a real purpose.” Dr. Anthony Policastro noted too, “People were stuck in small spaces which can be very traumatizing.” He described the new lounge as “exceeding all expectations.”

The Evan Lieberman Friends and Family Lounge, named in honor of their son and brother and supported by a community of champions, is a tribute to all the families who spend countless hours supporting critically injured family members in the Trauma Intensive Care Unit. 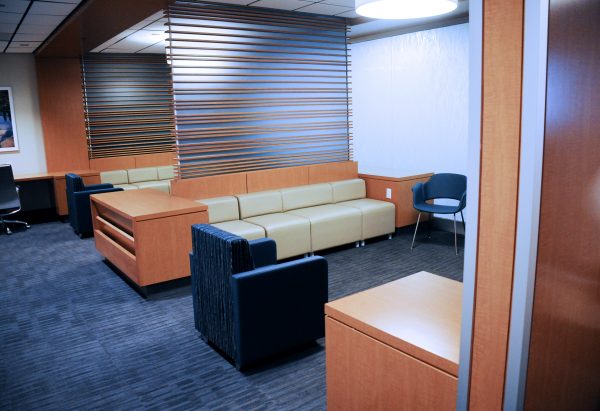 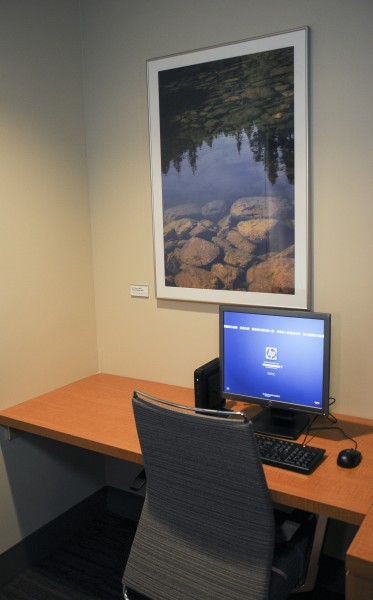 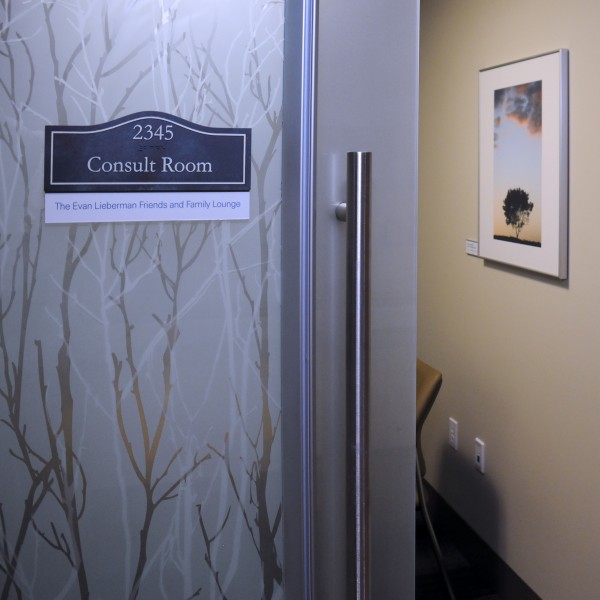 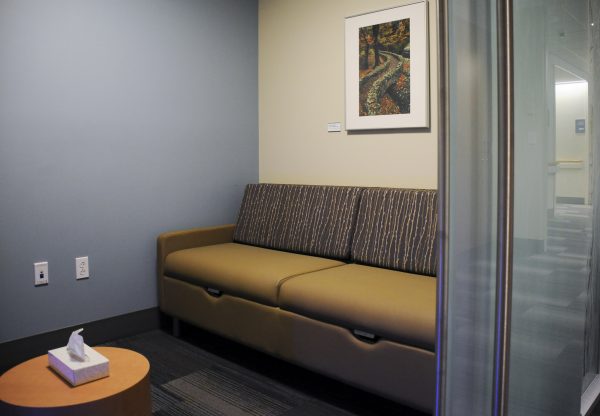 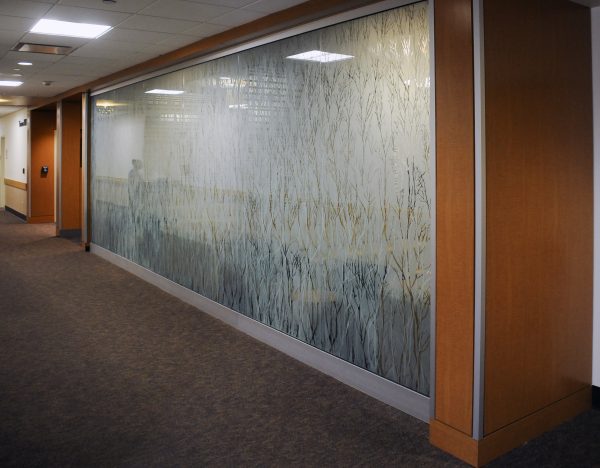 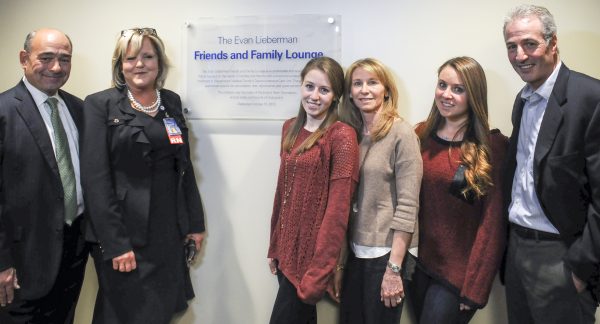 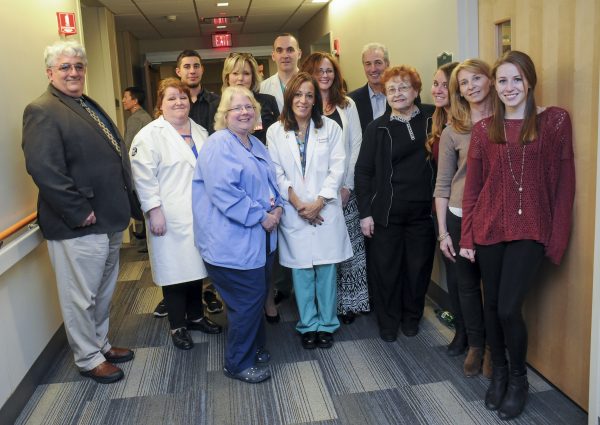 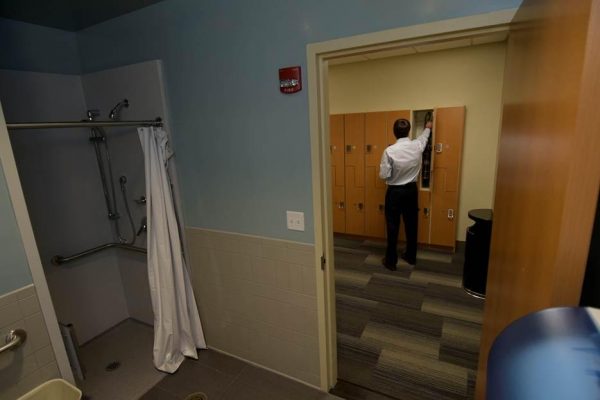 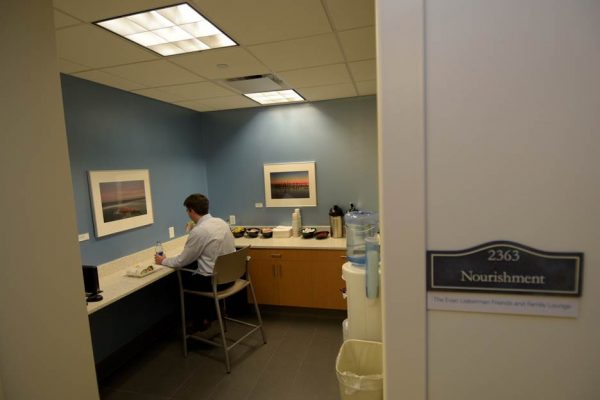 Inside Chappaqua is honored to dedicate this issue about growing up here to Evan Lieberman and to his happy and well lived life. Evan was home from his freshman year at the University of Connecticut and had been on his way to work with three other Chappaqua teens to a summer construction job in Brewster. Evan lost his life after a 32-day courageous struggle to survive.  The three other teens all  sustained different injuries from the car accident and are continuing to recover both physically and emotionally. Inside Chappaqua and the Liebermans, and the community at large, wish all these boys and their families much love, comfort and full  recoveries.

On July 20, the community poured out in unprecedented numbers at Temple Shaaray Tefila in Bedford to honor Evan and to share their love and support.

The service gave attendees a glimpse into a vibrant, fun, funny, kind, affectionate and talented young man. For this column, the Liebermans shared with me their gratitude to all the friends, family and neighbors who have lent a hand and a shoulder to cry on, to Rabbi David Greenberg and to their neighbors and best friends Bill and Jill Madden, both of whom who shared loving stories about Evan at the service. They are also deeply grateful and indebted to Dr. Francis Baccay and all the health care professionals at  the Westchester Medical Center Trauma Intensive Care Unit and at Maria Fareri Children’s Hospital who cared for Evan. The Liebermans themselves, by all accounts, have been a portrait in courage in the face of every parent’s worst nightmare.

IC was busy preparing a special issue produced by teens about teens when this tragedy struck and approached the Liebermans with the idea for this tribute.  — Grace

P.S. A special thank you right back (and you’re welcome!) to my “freshmen dozen,” and in particular to my gracious and brilliant guest editor Lindsay Hand, all of whom jumped on board this past spring to produce a “Growing Up Here” back to school issue. Thank you too to Debra Hand, Lindsay’s mom, who acted as an advisor and consulting editor on the issue as well.