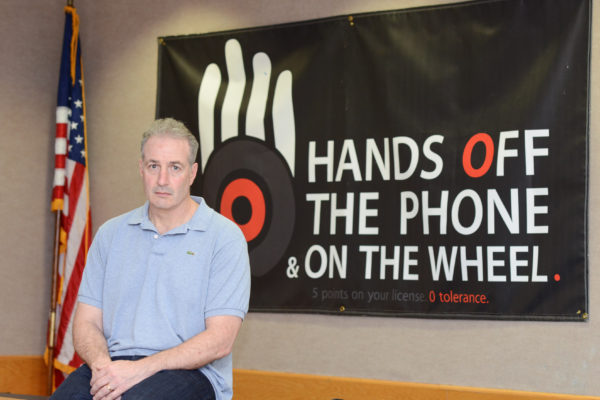 Bad Driving Habits In and Around Chappaqua

As a teen and a new driver, I catch a lot of flack for the driving habits of my peers.  Sure, we are young and occasionally reckless, but do we really deserve all of this negative press?  Have we not just completed hours upon hours of mandatory supervised driving, classroom time, and the most stressful seven minutes ever–the road test?  Even if people say that all of that education fades quickly, we still have the upper hand on adults who are years out of the education system and simply pay homage to the DMV to finally replace that license photo from the age of big hair.  So, who’s the real culprit?

The Role of Age

To my fellow teen drivers, recognize that if people are calling on us to be safer, more respectful drivers, there must be a reason.  Sure, driving is exciting, exhilarating, and an opportunity to taste responsibility and freedom; our young age gives us a false sense of invincibility. But the statistics speak for themselves. According to the Centers for Disease Control and Prevention, per mile driven, drivers ages 16 to 19 are three times more likely to be involved in a fatal crash than drivers over 20 years old.  Numbers like that should sicken parents and teens alike.  Those statistics alone should be enough to encourage us to slow down, buckle up, and most importantly not look at that extra appendage we call a cell phone. Textinganddrivingsafety.com reports that drivers who are texting are 23 times more likely to get into a car crash, and that’s at ANY age. Three out of every four teen drivers surveyed felt confident in their driving abilities while texting, yet they fail to acknowledge that false confidence is deadly, as car crashes are the number one cause of death among teens.*

But to that point, teens are not the only ones who use their smartphones at every possible moment.  While we are, for the most part, more tech-savvy, adults distract themselves just as often as teens do to send a quick text.  In fact, adults have many other distractions they have to manage.  Teens don’t have to deal with rowdy children in the back seat fighting over the imaginary line in the middle that “she crossed again!”  Furthermore, I have heard enough stories of spilled coffee, finishing makeup, and even shaving on the way to work to be quite sure adults find their own distractions.  Parents are urged to be good examples, and are charged with the responsibility of coaching their teen drivers. I know not everyone–including adults–signals before pulling away from the curb in good Driver Education fashion.

We Are No Exception

Detective Daniel Corrado of the New Castle Police Department emphasized that while both adults and teens are guilty of distracted driving, the only inherent difference is that adults understand through experience the subtleties of driving as well as the dangers of being reckless. Teenage drivers need time to learn the difference between when they are in control of the car and when they are not, as well as how to drive in various conditions: if they took Driver Ed in the summer, for example, they have not driven on the slick fallen leaves of autumn. Also, very few people realize that five seconds looking down at a cell phone while driving 30 miles per hour means you have traveled 220 feet.  That’s undoubtedly a low speed in the minds of most drivers, yet whatever occurs in that distance does not discriminate by age, gender, or supposed skill behind the wheel. Here in Chappaqua, the fight against bad driving has picked up momentum. Reports of numerous hit-and-runs have been heard, as well as witness accounts of people failing to parallel park correctly, a skill us teens are forced to perfect for the road test. The “Chappaqua Moms” Facebook group has been a hotbed of discussion and complaint about driving here in town. “I don’t think it’s about bad driving as much as it is about a self-centered attitude of entitlement and competitiveness and a general lack of consideration for our fellow drivers who may also have equally pressing needs to be wherever they want to go,” noted long time Chappaqua resident Penny Vane. “Our Smartphone technologies only serve to enhance and aggravate the risks and perceived rewards of driving self-absorbed and selfishly.”

Therein lies the answer to who is the culprit: any driver who takes his or her eyes off of the wheel at any time…so in other words, EVERYONE.  It cannot be a matter of finger pointing or blame-giving. New drivers, accept responsibility; old drivers, you too! If you can resolve to do one less distracting task while driving, everyone around you will benefit and the roads will be exceedingly safer.  Be smart, be savvy, know your habits, and realize we’re all in this one together.

Jordan Rosenthal is a senior at Horace Greeley High School. Growing up, his favorite book was Tikki Tikki Tembo.