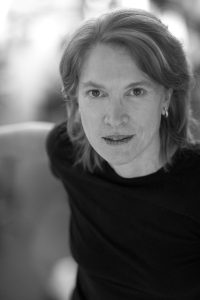 I loved when Chappaqua Moms first started on Facebook. What a great way to help bring our community together. We have a central location where one can check in for advice and information on a plethora of topics like childcare issues, homeowner tips and the occasional hilarious anecdote. I extend kudos to the founding members. But I am starting to feel like we are maybe creating too many splinter groups. I understand Chappaqua Moms Sales. I know that hundreds of items a week are bought and sold. Although, personally, I can’t wrap my head around wearing used shoes, that’s my issue not yours. And the Chappaqua Wholeshare Food site? Lots and lots of splits of mangoes and cow sharing. Great idea.

And there’s a bigger picture. What I am noticing in Chappaqua Moms is a microcosm for what’s going on all around us. Can’t we all be a little more inclusive? I was upset after reading a woman describe how, because of her clothing, she was made to feel “less than” in a frame shop. If I was judged by my appearance, I don’t think the A&P would even let me buy milk. I go to work in Levi’s. I remember a woman looking at me for days on end on Metro North. I tried not to get too paranoid. Finally she spoke to me and said, “Sorry if I’ve been staring but I see you every day in jeans and I just need to know what you do for a living?” I was relieved that was all she wanted. Then I explained to her that I worked in television and I spent much time in edit rooms or on shoots. She told me she was so jealous that I could wear such casual clothes. We ended up having a lovely chat. I never mind curiosity about anything in my life. But it’s pre-judgment that throws me for a loop. How can anyone assume someone can’t afford something based on appearance? Or how can one assume someone might not be cultured or educated based on appearance? You can’t and you shouldn’t.

Years ago a local mom said to my partner and me, “I know this might sound crazy, but my daughter has a question for both of you. She wants to know if you and Aimee both wore wedding dresses when you got married.” After we stopped laughing, we explained that we’re not legally married but definitely consider ourselves a family. So neither of us wore a wedding dress. No judgment. Just curiosity. I actually loved how open and innocent that question was.

Chappaqua is made up of such a varied group of people. Isn’t it amazing we have the opportunity to learn about different cultures, different nationalities and different points of view? Why limit yourself by only getting to know people who are just like you are? Why be part of a narrowly casted group when you can be part of something more?

Since we moved to Chappaqua around fourteen years ago, my family has gained such a diverse, adorable, funny, amazing group of friends. A cross section of the world seems to be represented. One family invited us over for traditional Indian fare. And it was beyond delicious. This same father came to our B’nai Mitzvah and couldn’t believe what a special day it was. Another taught me so much about the Muslim religion, and was thrilled to hear all about the news network I work for. Whether it’s bringing us rugalach from my favorite Long Island bakery or watching the kids without a moment’s notice, our friends do us great favors and don’t need explanations as to why.

With Thanksgiving, Hanukkah, Christmas, Kwanzaa, Winter Solstice, Festivus and anything else you celebrate upon us, let’s leave ourselves open. Open to the wonderful possibility of being part of something big, not small. Part of something inclusive, not exclusive. Part of a group of people who accept and not reject.

Ellen Davis is a Writer, Producer and Director for Television.