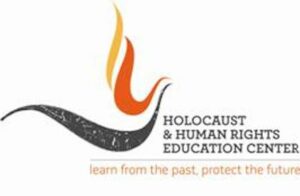 The Holocaust and Human Rights Education Center has announced events which will take place on January 25 and January 27.

In commemorating International Holocaust Day, speakers will discuss letters brought to life by Johannes von Moltke and Dorothea von Moltke, grandchildren of Freya and Helmuth von Moltke.  In September, 1944, Helmuth von Moltke is in Berlin awaiting trial presumably execution for his opposition to the dictatorship.  The Nazis are unware that the prison chaplain is smuggling letters between Helmuth and his wife, Freya.  The two write almost daily sharing their fears, emotions, and experiences until January, 1945, when he is tried, found guilty and executed.

On January 27th, at 6 p.m, the Holocaust & Human Rights Education Center will present: Under Siege Again: Holocaust Distortion and the Rise of Hate Crimes Against Jews, Wednesday, January 27 at 6:00 p.m. from the comfort and safety of your own home.

To commemorate International Holocaust Remembrance Day and the 76th Anniversary of the liberation of the Auschwitz-Birkenau extermination and concentration camp, please join a conversation about how antisemitism at the international, national, and regional levels fuel Holocaust distortion, as well as the challenges in prosecuting religiously-based hate crimes locally. Featuring Michael Brovner, Chief of the Queens County District Attorney’s Hate Crimes Bureau in New York City and Mark Weitzman, Director of Government Affairs at the Simon Wiesenthal Center.