There are some things in our lives that are so constant and vital to our survival , that we don’t even notice them. Water, oil and specifically air are examples of these. Another thing that these three have in common is our blatant ignorance and destructive tendencies towards them. Here is what you need to know about air pollution near you.

I am involved with a club called S.T.O.P (students and teachers for our planet) and each year we hold an event to raise awareness about prevalent pollutants. This year we chose air pollution. Many families move to Westchester to escape the congestion of the city when in reality the air quality in Westchester is not significantly better. 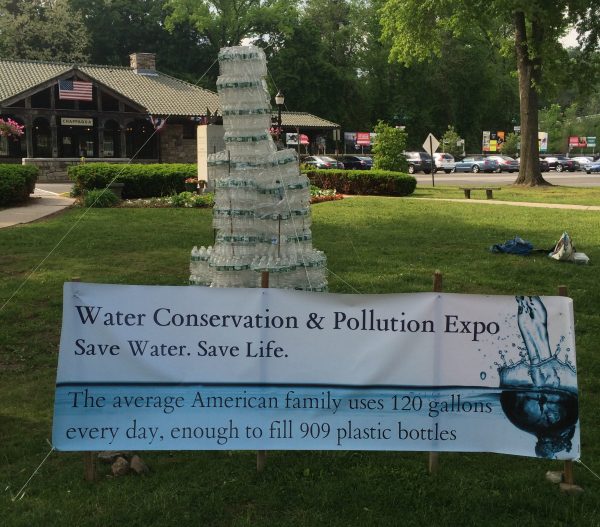 One of the most obvious and familiar forms of pollution is the smog that we can see constantly hanging over cities; however, contrary to popular belief many air pollutants are things we are unable to see with the naked human eye. The government given definition of pollution is “The presence in or introduction into the air of a substance which has harmful or poisonous effects.” If you really think about it is pretty difficult in our world to go even a day without contributing to air pollution. Things as mundane as riding the school bus, or using a fireplace are detrimental to our environment.

The most prevalent air pollutant in our world right now is carbon dioxide, a greenhouse gas. According to national geographic, “Though living things emit carbon dioxide when they breathe, carbon dioxide is widely considered to be a pollutant when associated with cars, planes, power plants, and other human activities that involve the burning of fossil fuels such as gasoline and natural gas.

In the past 150 years, such activities have pumped enough carbon dioxide into the atmosphere to raise its levels higher than they have been for hundreds of thousands of years…” Another greenhouse gas that helps to deteriorate our ozone layer is methane, a gas largely emitted by livestock, and chlorofluorocarbons (CFCs), which were used in refrigerants and aerosol propellants until they were banned. Additionally acid rain is a clear effect of pollution. Sulfur dioxide and other closely related chemicals are the main cause of acid rain, which are generally found in volcanic eruptions. Ironically volcanoes used to be the primary cause of sulfur dioxide in the atmosphere, today people are.

This year for our S.T.O.P. event, we are recycling yogurt cups, milk cartons, and much more and turning them into pots for sunflowers. We will inform children and parents alike of what they could do to lower their carbon footprints, as well as teach kids how to plant flowers. Not only do we plan to engage them in a fun activity, but the fact that the plant absorbs carbon dioxide and releases oxygen also helps the environment.

In reality, changing the smallest things, like walking instead of driving, or taking up a new gardening hobby can have a huge impact on the air around you. We aren’t asking for anything drastic, we just want people to be conscious of what they put into the world and how it affects others. And who knows, maybe you have a hidden green thumb!

The S.T.O.P. event takes place this Saturday at the Chappaqua Farmer’s Market, from 8 a.m. to 2 p.m.

Emily Westle, a sophomore at Horace Greeley, has been a member of S.T.O.P. for two years.