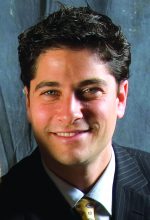 Stacey Pfeffer is the Editor of Inside Armonk and Inside Chappaqua magazines.