Since Chappaqua’s Relay For Life, a fundraiser for the American Cancer Society, is organized through Horace Greeley High School, many are under the assumption that it is a student only event. After doing some research, however, I discovered that anybody from the community is welcome to take part in it, so I decided to once again, a year after graduating,  sign up. To be clear, there are plenty of opportunities to get involved in Relay after high school by simply showing up to the event, making a donation, or sharing your experiences with cancer. Additionally, most colleges host their own Relays for Life, but I frankly did not feel the same connection to it as the one in my own community. 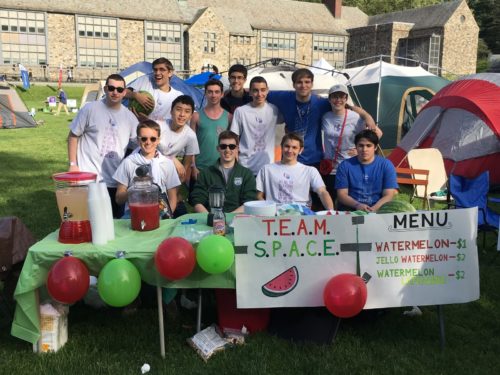 The participants of Relay for Life in Chappaqua are some of the most passionate people that I have ever met, sacrificing their time and energy for the cause. Together they managed to raise over $130,000 this year, standing in the top ten most successful Relays in the country. Many of these volunteers are united by similar heart wrenching stories of losing loved ones to the disease, or for a lucky few, tales of triumph and survival.

Every year at the event several residents who have dealt with cancer, either personally or as witnesses, tell their stories. Jonathan Taub, a local resident who lost his son Casey to cancer just last year, was particularly emotional. Casey had spoken at the previous Relay, and served as a reminder of what we were fighting to cure. 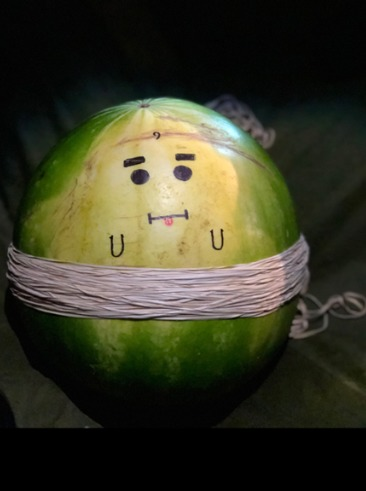 One of the highlights of Relay For Life is seeing the many different creative ways that people raise money. This is made possible by the fact that Relay attracts a large amount of willing donors to one place, meaning that a professional idea/orientation is not needed in order to draw attention and make a positive impact. For example, three years ago my team came up with the unorthodox idea to make a watermelon-themed booth at the event, selling various homemade foods and drinks containing the pink fruit, as well as exploding a watermelon with rubber bands. What first started out as an odd idea for a fundraiser, quickly turned into a hit and a tradition that kept us coming back.

This is what makes Relay for Life so magical, it gives everyone a chance to raise money for a great cause. With this unique opportunity to be a part of a community comes the formation of lasting memories, times where you and your friends did something simple to fight against a disease bigger than yourselves. These moments can be happy, such as exploding a watermelon at 2:00 AM while surrounded by a screaming crowd, or they can be sad, like crying and holding your friends tight as you listen to a cancer victim’s story.

My Call to Action

Simply put, I love Relay for Life–the people that participate in it, the opportunity that it presents, and of course the cause, and I don’t want to leave that just because high school is behind me. Making a donation is important, but volunteering your time and energy truly shows cancer patients that you care. I urge you to not limit yourself because of your age and to participate in Relay For Life. It will help you change lives, and I assure you that it will change yours as well.

Derek Rosen (HGHS Class of ’17) is an intern for the Inside Press this summer. In September, Derek will be entering his sophomore year at Syracuse University, where he is a communications major.