Memorial Day weekend marks the unofficial start of summer. Pools are open, playgrounds are busy with active children and sports tournaments are in full swing at town fields. On Memorial Day, Chappaqua residents break from their recreational activities to take part in or observe the highlight of the weekend: the annual Memorial Day Parade. The parade is important to the community, as it is an opportunity to remember those who sacrificed their lives for the Country’s freedom.

The parade begins at the top of King St. and continues down the hill to Greeley Avenue and through town to the Chappaqua train station. An array of marchers partakes in the procession; including Girl Scouts and Boy Scouts, Brownies and Daisy Troops. The School District’s band students perform patriotic musical pieces like “Star Spangled Banner” and “America the Beautiful.”

Local sports organizations march while proudly displaying their team flags. Town association representatives, including the Chappaqua School Board, The Chappaqua Library and the Town of New Castle Senior Citizens walk alongside military vehicles and first responders. Town government representatives are often joined by other members of government such as Governor Cuomo and Bill and Hillary Clinton. The Clintons have marched in the parade for almost two decades. 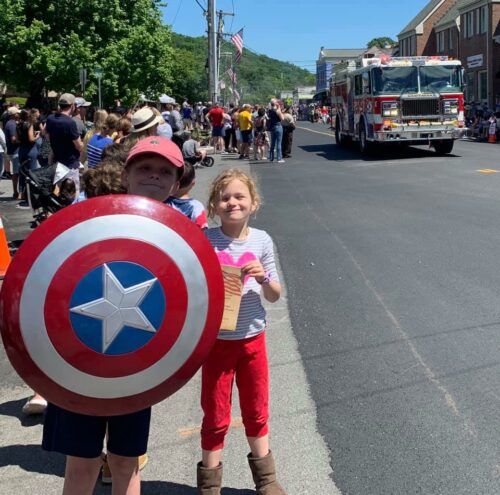 The echo of drums and bagpipes can be heard alongside the exuberant cheers of residents lining the streets. Patriotism is exhibited through colors in the crowd; mostly everyone is dressed in red, white and blue and patterns of stars and stripes. Small handheld flags are waved by many of the patrons. Whether you are Democrat or Republican or Independent, young or old, the day is enjoyable for everyone.

The Memorial Day Parade concludes at the Chappaqua train station where the community gathers together to remember those who died bravely fighting for our country. Onlookers watch as officials and veterans speak during the Memorial Plaza Ceremony. Biographies of New Castle veterans are shared and dignitaries and veterans who are present are recognized.

The parade is a reminder that Memorial Day weekend is more than just a time to barbecue and relax with family and friends; it is an opportunity to pay tribute to those who died while fighting for the freedoms that are alive and well in our town today. 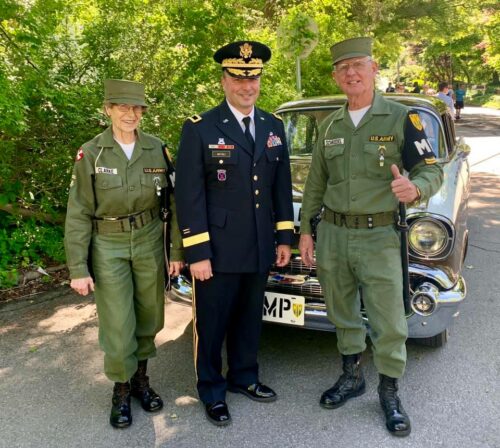