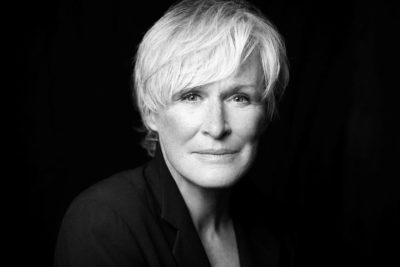 KATONAH, NY– Stage, screen and TV actress Glenn Close will appear at The Harvey School on Sunday, November 5 at 4 p.m. as part of the community program series Harvey Presents. Close, a six time Academy Award nominee and winner of three Tonys and three Emmys, will appear at Harvey’s Walker Center for the Arts. The event will be moderated by special guest host, acclaimed film and theater critic Pat Collins.

General admission is $50. Seating is limited.

A six-time Academy Award nominee, Close stars in the title role of the film adaptation of Meg Wolitzer’s bestselling novel, The Wife, with Jonathan Pryce and Christian Slater for Swedish director Bjorn Runge. The film had its world debut at this year’s Toronto International Film Festival premiering to rave reviews for her performance. Close is also in Julian Fellow’s adaptation of Agatha Christie’s Crooked House alongside an all-star cast that included Max Irons, Christina Hendricks, Gillian Anderson and Terence Stamp.

Close reprised her Tony Award-winning role in Andrew Lloyd Webber’s musical Sunset Boulevard in a new production at the London Coliseum in the Spring of 2016.  For that performance she won a London Evening Standard Award and was nominated for an Olivier Award. The full production, starring Close, opened on Broadway this February, for an exclusive limited engagement.

Close made her feature film debut in George Roy Hill’s The World According to Garp, earning her awards from the Los Angeles Film Critics Association and the National Board of Review as well as her first Academy Award nomination. She was subsequently Oscar-nominated for The Big Chill, The Natural, Fatal Attraction and Stephen Frears’ Dangerous Liaisons (for which she was also a BAFTA Award nominee).

Close received her sixth Academy Award nomination in 2012, along with Golden Globe and SAG nominations, for Albert Nobbs. She wrote the screenplay with (Man Booker prize-winning novelist) John Banville. Close was also a producer on the film and composed the lyrics for the Golden Globe and World Soundtrack-nominated song, “Lay Your Head Down.” For Albert Nobbs, she received the Irish Film and Television Award (IFTA) as “Best Foreign Actress,” was voted “Best Actress” at the 2011 Tokyo International Film Festival, and was honored for her performance by the San Sebastian Film Festival (Donostia Award), Hollywood Film Festival, Mill Valley Film Festival and the Palm Springs Film Festival.

In 2012, Close headlined the fifth and final season of the critically-acclaimed original legal thriller, Damages. For her riveting portrayal of high-stakes litigator ‘Patty Hewes’, Close won two consecutive Emmys as “Best Actress in a Drama Series” and two subsequent Emmy nominations, along with a Golden Globe Award and three SAG Award nominations.

Close’s twelve Golden Globe nominations include a Best Actress win for Andrei Konchalovsky’s adaptation of The Lion in Winter (which also earned her a SAG Award). Among the television projects that have brought her twelve Emmy nominations, is an Emmy Award for her performance as Margarethe Cammermeyer in Serving in Silence: the Margarethe Cammermeyer Story (for which she also received a Peabody Award as executive producer).

Other television credits include The Shield, The Elephant Man, Something About Amelia, Stones for Ibarra, The Ballad of Lucy Whipple and In the Gloaming, for which she won a CableACE Award. She executive produced and starred in Richard Pearce’s musical remake of South Pacific for ABC TV. She also executive produced the Sarah, Plain and Tall trilogy for the Hallmark Hall of Fame, starring in all three opposite Christopher Walken.

Close made her theatre, and Broadway, debut in Harold Prince’s revival of Love for Love. Her theater credits include The Crucifer of Blood, The Singular Life of Albert Nobbs (Obie Award), Barnum (Tony nomination) and Tony Awards for her performances in The Real Thing and Death and the Maiden, both directed by Mike Nichols. In London, she reteamed with the director of the original Sunset Boulevard stage production, Trevor Nunn, in his Royal National Theatre revival of A Streetcar Named Desire. She returned to Broadway for the 2014 revival production of Edward Albee’s A Delicate Balance.

In 2009, Glenn Close co-founded Bring Change 2 Mind, a charity dedicated to confronting, head-on, the stigma and discrimination associated with mental illness by empowering people to start the conversation. The idea for the organization came about following Close’s first-hand observation of battles with mental illness within her family. For more information, please visit www.Bringchange2mind.org.

Close actively supports Puppies Behind Bars and their program Dog Tags: Service Dogs for Those Who’ve Served Us. Close is a Founding Member and current Co-Chair of the Conservation Council for Panthera.  Panthera is an international nonprofit whose sole mission is conservation of the world’s 36 species of wild cats. She is a trustee emeritus of The Sundance Institute, having served as a board member for 16 years.

Pat Collins, an Emmy Award-winning critic, has enjoyed a long professional relationship with Glenn Close from the actress’s early roles on screen and on Broadway. Collins won Emmys for “The Pat Collins Show” and as a member of the news team at WCBS TV where she served as its film and theater critic. Subsequently, she covered entertainment news for “Good Morning America” and “The CBS Morning News.” At WWOR-TV, Collins hosted a number of behind-the-scenes-Broadway specials in addition to reviewing film and theater for the “10 O’ Clock News.” Collins has hosted several specials for CUNY TV including “Kinky Boots: The Road To Broadway,” a three-part series on independent films, and a special marking the 50th anniversary of “Fiddler On The Roof.”

Collins serves as the president of The Joe Raposo Music Group which administers the catalogue of compositions of her late husband Joe Raposo, a co-creator of “Sesame Street” and its longtime musical director. Pat and her husband William Sarnoff live in Bedford.