With hopes high for the best possible outcome: About 300 Hillary supporters attended an Election Watch party at Crabtree’s Kittle House organized by Chappaqua Friends of Hillary. The Kittle House is frequently the setting for Hillary Clinton’s TV interviews and where she appeared at the Democratic Convention via satellite to accept the party’s historic presidential nomination. “The Kittle House has been like a second home to Bill and Hillary Clinton–and many of their important and momentous occasions have been celebrated here since they first moved to Chappaqua,” said John Crabtree, owner. 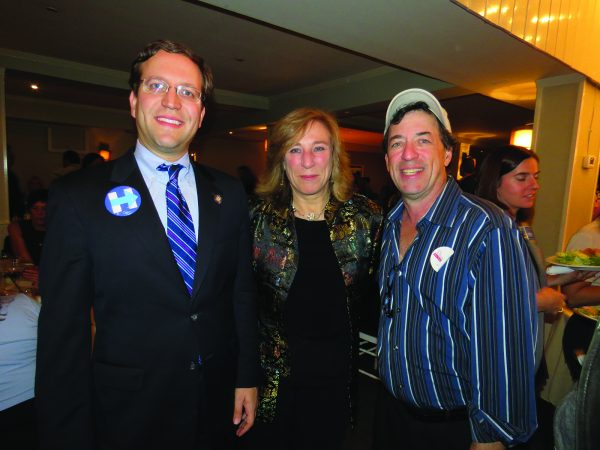