On November 23, 2015, the Westchester County Board of Legislators voted to authorize an inter-municipal agreement with the Town of New Castle and the City of New York to distribute $16 million from the East of Hudson Water Quality Investment Program Fund to help fund the costs of a sewer expansion/diversion project for the Town’s Riverwoods, Random Farms and Yeshiva neighborhoods.

The Legislation was promptly signed by the County Executive’s office this morning. 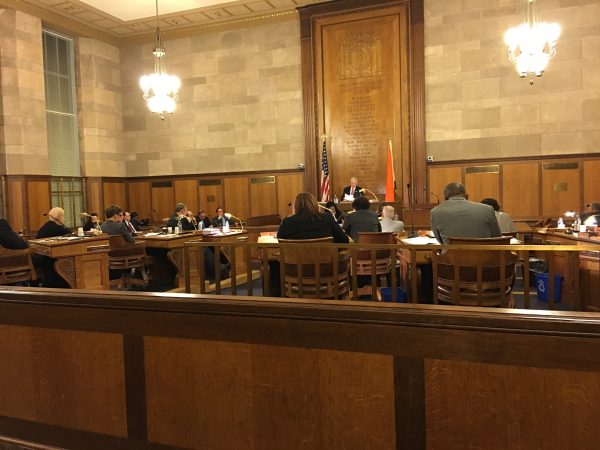 This is a major step forward for a project that would solve longstanding problems with the sewer treatment plants serving the Riverwoods, Random Farms and Yeshiva communities, while helping protect New York City’s and Westchester County’s drinking water supply — an invaluable resource that serves 9 million New Yorkers. The work would involve extending a Westchester County sewer trunk line, which currently stops near Route 100 in the Briarcliff Manor area, to the Riverwoods Wastewater Treatment Plant and through Random Farms. Doing this will require the construction of 38,074 linear feet of pipeline and four new pump stations.

The Town of New Castle has been working on this project since 1997. For the past several years, the Town’s efforts have focused on reaching funding agreements with the New York City Department of Environmental Protection and Westchester County.

Unfortunately, after years of delay, what began as a $16 million project with very little local tax impact has now grown to a $24-$26 million project. The Town is seeking additional funding from the 2015 New York State Water Quality Improvement Program through the 2015 Consolidated Funding Application to bridge this gap.

New Castle Supervisor Rob Greenstein stated, “This was a critical step forward. So many people have worked to secure these funds, there are too many to name. But on behalf of the Town of New Castle, and especially the residents of Riverwoods, Yeshiva Farm & Random Farms, I would however like to thank Westchester County Board Chairman Michael B. Kaplowitz for his leadership. Chairman Kaplowitz has been working on this project from Day 1. I would also like to thank former Town Supervisor Barbara Gerrard and former Town Attorney Clinton.”

Greenstein added, “This project is critically important. We need to solve the problem of failing waste water treatment plants that are impacting the Croton Reservoir, as it affects the water supply for Westchester County and New York City. We will continue to work hard to secure the additional funding that is needed to support this project and offset the costs to the local taxpayers.”

Westchester County Board Chairman Michael B. Kaplowitz stated “the 18 year effort to protect the environment & New York City drinking water as well as well the quality of life & home ownership values for the many New Castle residents in Riverwood, Yeshiva & Random Farms has reached a successful conclusion. The Westchester County Board voted overwhelmingly to allocate 16 million dollars to facilitate the sewer hook-up of these communities to the County’s Saw Mill River Sanitary District. Thanks to my legislative colleagues, New Castle Supervisor Rob Greenstein, former Town Attorney Clinton Smith, Town Council members Elise Mottel & Jason Chapin & the many community and past New Castle government leaders who helped make this happen.”