“Two bands added to the festive vibe: a high school band ‘Gilbert’ captivated the audience for the first hour and a half. Next up was ‘Powderfinger” which kept the audience singing along to their familiar rock tunes.” Robby Morris, Armonk Chamber of Commerce

Armonk, May 5– Despite the raw weather, Byram Hills students showed their talent and grit at a first chalk art competition in town, just one of many festivities that helped kick off First Thursday in downtown Armonk.

Stated Morris: “The Chalk Art Contest, fueled by dedicated high school artists, turned out some amazing works that we were able to preserve and display for all those who didn’t venture out to see the creation process. The five pieces, 4’x4′ squares, are being displayed on Main Street!”

The students’ work took place in Armonk Square. The pictures will be decorating the windows at Framings, Douglas Elliman, and Hickory and Tweed into next week.

“A big WOW to a talented group of Byram Hills High School who braved the cold and wind to create some fabulous chalk art,” said Stacy Wilder, director of communications for the Chamber.

First, second and third place winners are displayed in Framings’ windows. There are two fourth place winners: one is in the window at Douglas Elliman, and another one is at Hickory and Tweed. “Congrats to the artists, and thank you to the merchants!”


Wilder said that “First Thursday,” sponsored by the Armonk Chamber of Commerce, has brought a renewed energy and lots of excitement to downtown Armonk. “Residents and visitors get to enjoy great music and art, partake in wine tastings, children’s activities, food specials and sales offered around town,” she said. “It’s a win-win for everyone!”

The retail shops and restaurants all opened their doors with specials to entice the crowds to stay for awhile and enjoy what they have to offer. Downtown really comes alive as more and more people find their way to the excitement of Armonk’s First Thursdays. The next date is June 9th

For regular updates to plans for First Thursday go to armonkchamberofcommerce.com 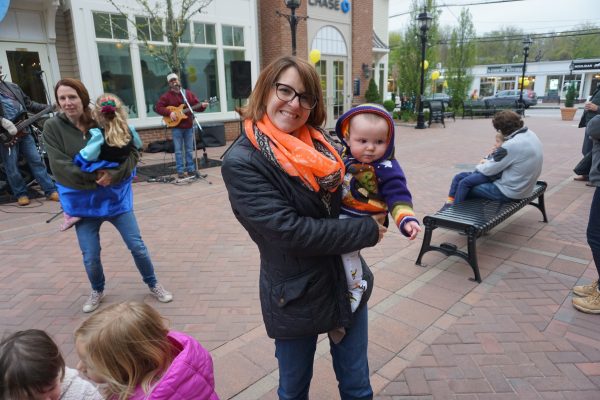