From his final stop in a California tour, Bill Clinton commended California for its “innovative” successes, and urged supporters to “roll up our sleeves” for GOTV. “You [Californian citizens] have a chance not only to bring primary season to a close by giving Hillary a victory, but to end the general election,” he petitioned, observing that “California has the most innovative Assembly in the country: you gave us a $15 minimum wage, you gave us paid leave.” Local leaders emphasized Hillary Clinton’s commitment to tolerance and diversity and called Bill Clinton’s final stop “a greatest sign of respect to our city,” and rallied for an end to fear of Muslims and Latino immigrant families.


Article and Photos By Skye Hersh

Bayview, San Francisco– Bill Clinton arrived to impassioned applause at the Joseph Lee Recreation Center on Monday evening—the last of 12 stops on his three-day Get Out the Vote tour of California.

“I got caught up in traffic, so I apologize,” the former president offered. The diverse swarm of several hundred—boisterous and packed elbow-to-elbow—didn’t seem to mind his tardiness.

While the former President Clinton was held up, several speakers extended prefatory remarks. Among them, San Francisco Supervisor Scott Weiner and CA Assembly member David Chiu professed their support for Hillary as an undying loyalty to the Clinton family, resolute since Bill Clinton’s tenure in office: “I voted for my first winning presidential candidate in 1992, [and] I’m gonna vote for another winning president this year,” 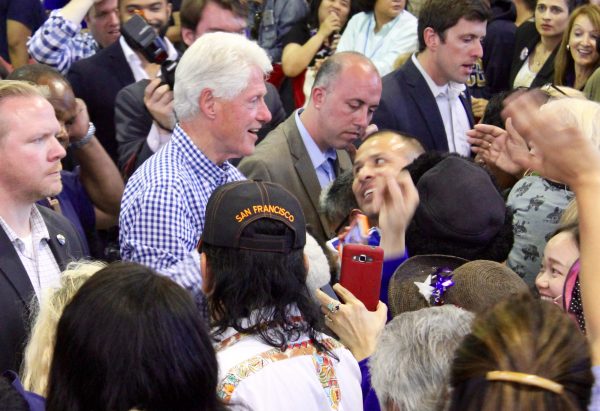 Weiner declared to enthusiastic cheer, while Chiu insisted that “the fact that the Hillary Clinton campaign has sent the former President of the United States on the last night before election day [in California] to come to Bayview is the greatest sign of respect he can give to our city… [Under his leadership,] we had the longest time period of prosperity and peace.”

These and other speakers hailed Hillary’s ongoing commitment to diversity and tolerance, with only the occasional allusion to a certain Republican presumptive nominee: “We know that other guy is saying that we should fear our Muslim brothers and sisters—that we should fear our Latino immigrant families,” Assembly member Chiu warned. On the eve of the California primary, there was clear concern for a certain enemy, and that enemy wasn’t Donald Trump: throughout, the speakers denounced the ills of Democratic voter apathy. 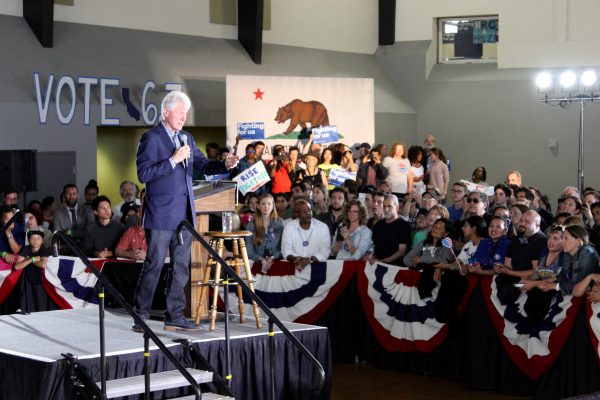 “Today we will continue to roll up our sleeves and continue to make calls ‘til the polls close; today we will stand on the corner with Hillary signs; today we will make sure people know why she is the best choice as President of the United States,” ¬¬¬¬campaign leaders called out to the horde of Hillary devotees—maybe more of an entreaty than a proclamation.

When Mr. Clinton spoke, he first confirmed California’s stake in his wife’s success: “You [Californian citizens] have a chance not only to bring primary season to a close by giving Hillary a victory, but to end the general election,” he petitioned, observing that “California has the most innovative Assembly in the country: you gave us a $15 minimum wage, you gave us paid leave.”

But breaking from an appeal to voters to hit the booths, Mr. Clinton affirmed Hillary’s suitability as the President of a contemporary America, noting (with another allusion to a certain Republican contender), “You know, America wasn’t so hot for a lot of people 50 years ago. It wasn’t so good for members of a lot of religious minorities. It was really not so good for the LGBT community.”

He vowed that Hillary is committed to a unique 21st century greatness, to a vision of “shared prosperity” and “rising together.” And what’s more, “Hillary should be President because she has an uncanny ability to get Republicans to do things they didn’t think they would do.”

He cited three pillars of Hillary’s promise: a future economy with communal gain; a society in which diversity creates unity, not division; and a world in which we build bridges, not walls.

The First Gentleman hopeful ended his California tour by greeting fans and supporters, working the crowd with the jovial patience of someone who’s worked a crowd or two before.

As of today, an AP tally indicates that Hillary Clinton has reached the required number of delegates to snag the democratic nomination.

Skye Hersh attends the experimental and interdisciplinary Minerva Schools at KGI, where she will be a member of the first graduating class. A student of humanities and data science, she plans to pursue a career in journalism. 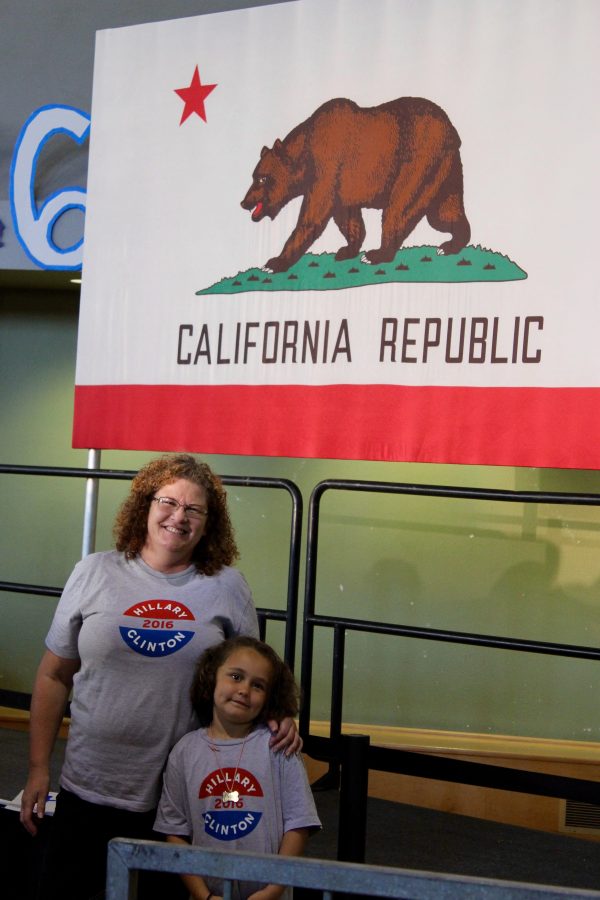