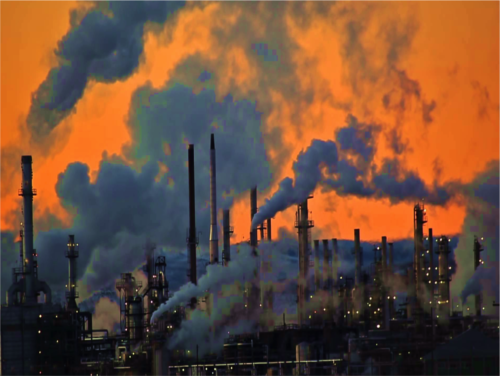 Pleasantville, NY – This November, Axial Theatre will launch its 20th anniversary season with the world premiere of Senescence, a compelling new play by Axial’s founder Howard Meyer that takes an unflinching look at the devastating and deadly effects of chemical toxicity and the ire of Mother Nature when an alleged prophet comes to a blue-collar town. Award-winning filmmaker/director James Fauvell will direct.

Says Meyer, “The play is named Senescence because it’s about the lethal power of substances and people to overtake the body and the mind, edging us towards untimely aging and, ultimately, death.”

Senescence tells its tale through the words and actions of three childhood friends who grew up and still live in the oil refinery town of Linden, NJ, and their encounter with an enigmatic stranger who, via a dangerous combination of wisdom and persuasion, upends each of their lives forever.

Meyer’s most recent original work, Paint Made Flesh, just completed a run at The Cell in Manhattan; it was a semi-finalist at the 2015 O’Neill National Playwrights Conference and PlayPenn and selected by The Last Frontier Theatre Conference. Other works by Meyer include Maybe Never Fell, produced at Axial and presented as a staged reading at Cherry Lane Theatre; Radiance, a two-time semi-finalist (2011, 2012) at the ONPC & P and produced at Axial featuring Obie award winner Chris McCann; WELCOME, This is a Neighborhood Watch Community which was invited for readings at The Barrow Group, Naked Angels, and LA’s Pacific Resident Theatre followed by an Axial run directed by Drama Desk award winner, Josh Hecht; and Lost In Paradise which is under an option for a motion picture.

New York City-based filmmaker and frequent downtown theater director James Fauvell had his debut film Other People’s People screened at the Austin Film Festival, at HollyShorts (where it won Best LGBT Film), and at the Florida Film Festival. He regularly works with Tony and Emmy-nominated director Scott Ellis and is a member of the 2017 Lincoln Center Directors Lab. Fauvell produced The Rise and Fall of A Teenage Cyberqueen by Lindsay Joy, (2013 NYIT winner for Outstanding Premiere Production Of a Play) and his upcoming short film, Understudy, and acted in Sleepwalk with Me by Mike Birbiglia and Ira Glass (winner, 2012 Sundance Film Festival’s Next Category). Fauvell will reunite with actor Stephen Palgon (see below); both were formerly with Labrats.

The actors in Senescence include Stephen Palgon as the stranger, known simply as ‘J.’ Palgon is an Axial veteran who starred in the company’s production of The Contract (co-created by playwright/producer Linda Giuliano, now Axial’s co-artistic director together with actor/director/producer Catherine Banks) in 2005. He has acted on stage and in film and both won and was nominated for Emmy awards as a producer. As executive producer of Star Crossed Pictures, Palgon has directed and produced for Madison Square Garden, NFL Network and NHL Productions.

Rudy, a man whose attempt to flee a fatal error only engulfs and entraps him, will be played by actor/director/playwright Ryan Mallon, also an Axial legacy actor.  Mallon, a co-founder of Independent Theatre Arts and Producers, has performed in numerous stage productions ranging from such new works as Megan Mostyn-Brown’s The Rest of Your Life, Mackenzie Lansing’s Lost Boys and Clifford Odets’ classic, Awake and Sing!