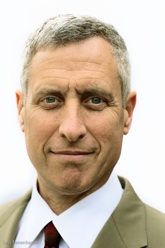 I’d hoped Donald Trump, once the Republican nomination was secured, would awaken from his macho fulminations and realize that he was just a heartbeat from the Oval Office.

That he would pivot from dog whistles and bluster and Mexican walls and Muslim bans and recognize that the leadership of the free world was his for the taking.

I’m old enough to recall the 1970s Donald Trump, the one who deserves much of the credit for saving midtown Manhattan.

The city was dangerous.

It was Cleveland on the Hudson.

And then the renaissance began, when a young Donald Trump – admittedly abetted by his father’s political connections – put together a deal to transform the failed Commodore Hotel.

It had been a giant massage parlor hard by Grand Central Station, and Trump turned it into the Grand Hyatt.

That deal triggered the resurgence of midtown Manhattan and sparked a building boom that continues to this day.

But then the brilliant builder became the bloated ego.

Then came all the bad deals – the casinos, the failed airline, the schlock, the broken marriages, the failed multilevel marketing scheme, Trump University, and, of course, “You’re fired.”

The one thing Trump possessed as the 2016 Presidential campaign began was an ear attuned to the populist desire for an outsider.

An outsized outsider, one who could restore pride to a nation made Lilliputian by the incumbent.

A man with a can-do spirit, a disregard for the rules, and Teflon skin.

Just right for the times, as he vanquished 16 Republican contenders any of whom might have had a shot at the White House in a normal year.

But he couldn’t grow up.

Instead of letting Hillary’s email scandals dominate the headlines, he had to go after a judge of Mexican heritage.

And he put on a clown car of a Republican convention, where no one took five minutes to vet his wife’s speech, and where his biggest opponent, Ted Cruz, demonstrated a selfishness that rivaled
only that of Trump’s.

And now, our Republican nominee proves to have the thinnest skin in all of politics, applying his “hit me once, I’ll hit you ten times” to the parents of a young Marine killed in battle.

I hoped for more.

We didn’t get it.

Now, it’s been said that “Hillary is to secrecy as Bill was to bimbos.”

No one less than FBI director James Comey, a universally respected man, branded her a compulsive liar.

And yet, for Republicans and conservatives, suddenly she’s Plan B.

Don’t ask me if I’m going to vote for her.

But I’ll tell you whom I can’t vote for.

The worst political candidate in America in my lifetime.

Maybe even tied for worst with David Duke.

Are you sure there isn’t a legitimate third party candidate somewhere in the wings?

Jimmy Carter named his autobiography, Why Not The Best?

We could write a book.

It’ll be called, Why The Worst?

Because he didn’t pivot from immaturity to maturity, from narcissist to President.

And the damned thing is, he still might win.

A registered Republican, Michael Levin is one of the most established ghostwriters in the nation. A New York Times best-selling author, Levin has written, co-written or ghostwritten more than 100 books, of which eleven are national best sellers. Visit www.businessghost.com