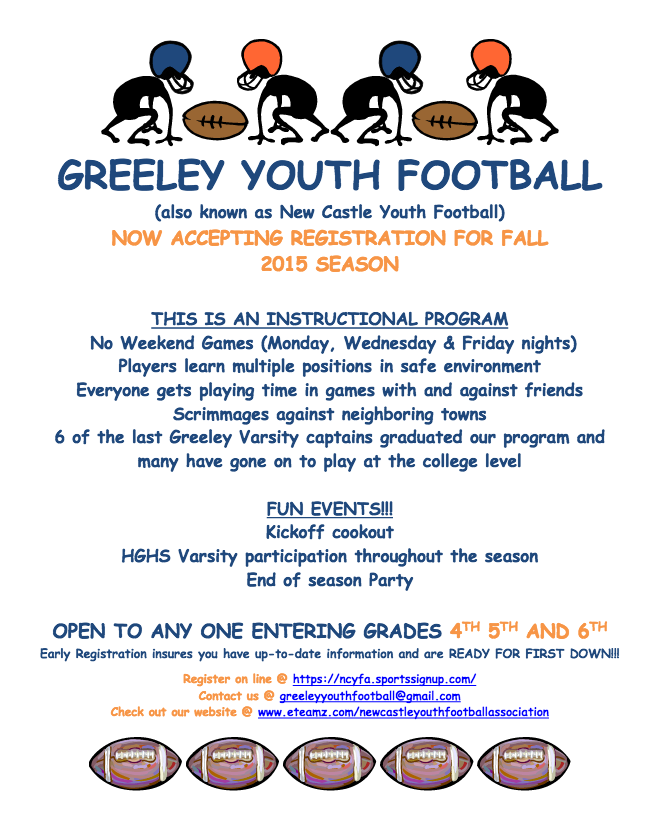 Most towns are bitter rivals when it comes to competitive youth sports, but this past football season four middle school Chappaqua boys dispelled that myth when they teamed up with the Armonk Warriors youth football program and played a season to remember! A season that ended at the Meadowlands in MetLife Stadium playing in front of thousands of fans before the Monday night game between the New York Jets and the Miami Dolphins.

The lights burned bright that December 1st night as the boys entered the stadium in awe, but united as one team. They played neighboring Somers, another Westchester Football League team, for bragging rights in one of the greatest exhibition matches to come out of Westchester County.

It was a moment that brought chills to the many parents that witnessed the event. Every camera captured the boys as they followed their coach through the tunnel and onto the field. It was an amazing sight to see, one that will always be remembered by every boy that walked onto the field that night.

Chappaqua’s Carter Salore (QB #5), Ethan Schiekofer (WR #1), Joe Weiner (RB #26) and Jack Marinello (DE #66) began their journey with the Armonk Warriors in early August last summer with workouts three-days a week and games from August through November. The boys left Chappaqua’s youth football program last fall seeking more competitive play, more intensive instruction and a greater team spirit –something they were disappointed they could no longer find within their home community. On that December night, however, their season was complete as they’d found everything they were looking for in a youth football program.

On the very first drive, the Armonk Warriors marched down the field and found themselves with a 1st and goal on the eight-yard line. Salore, the starting QB, stepped up to the line, took the snap and handed it off to Schiekofer who came around from the right side on a fake reverse and sprinted down the left side for the game’s first touchdown! The Warriors would go on to win 21- 0! Salore would also throw a touchdown pass to Jack Tillinger from Armonk later in the game. These were special moments, now crystallized forever as memories, for all the boys.

Chappaqua does not participate in the Westchester Football League; it is one of the only towns that manage its own youth football program through an independent board. Unfortunately, the program’s participation has diminished to less than half the enrollment from 2010. This past season, the program only managed to field two teams that played each other every Friday night during the short season. Beginning in 2015, under Town Supervisor Robert Greenstein’s direction, Chappaqua’s recreation department will regain control over the program and start to rebuild a more exciting and safe program for that community’s kids and parents.

Head Coach Chris Tateo, and assistant coaches Matthew Franco and Jason Weiler led the Armonk Senior Warriors team to an 8-3 record and a spot in the Westchester Football League playoffs. Coach Chris, who has been the program director as well as the coach of the Armonk Warriors for the past 17 seasons, also works with USA Football and the NFL in promoting safe training. His love for the game and for coaching is exemplified on the field at every practice and every game.

Parents worried about a sport mired by concussion stories find peace of mind with Coach Chris and his program. Players from third grade to sixth grade looking to join the Armonk Warriors can expect: Instruction from professional coaches, complimentary Jet vs. Giant preseason tickets for players and their parents, team yearbooks, DVD of highlights from all the season’s games and an end of season award brunch featuring high profile guest speakers such as former NFL players and coaches. For more information, visit www.armonkwarriors.com or call Jason Weiler at: 347-992-2298

Jim Schiekofer is a New Castle resident, a certified USA football coach, plusboard member and certified coach of the New Castle Baseball and Softball Association. He’s a former Publisher at Reader’s Digest, and the founder of both Cornerstone Sports and Players4Player, a non-profit that uses professional and qualified college and high school athletes to promote the development of young athletes across the country. Jim was a wide receiver and outfielder/pitcher at Arizona State University.

Mark Salore, also a resident of New Castle, is a certified USA football coach and was a board member and head coach in the New Castle Youth Football program from 2010 to 2013. Mark was also an asst. youth football coach in the Westchester Football League with Dobbs Ferry’s Screaming Eagles from 2008 to 2009. He also coaches CYO basketball, town and travel baseball. Mark is also the front man and founder of “Tramps Like Us,” a Bruce Springsteen Tribute Band.