JBFC has been looking for new ways to bring cinema to you. Its staff is working with film distributors to keep new releases coming. In the JBFC Virtual Screening Room you’ll find films curated by JBFC programmers that you can watch at home. Like many cinematic engagements, films will be available for screening purchases for one week to start; if demand is sufficient, the title will be “held over” for additional weeks.

“We’re grateful that we’re able to continue programming exciting new releases for you while we look forward to coming together again.” 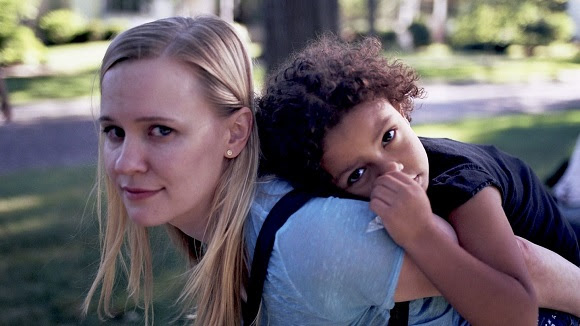 A Note From Programming Coordinator Adrienne Frank About the Film

“I had no idea when I sat down to watch Saint Frances last week how much of a healing balm it would be for me in this moment; it’s a film that overflows with humanity and hope in its most honest, messy, and rewarding forms.

Saint Frances is so many things–feminist comedy, coming-of-age story, indie family drama–but I think I’m most impressed with what it’s not: it’s not an “abortion movie,” or an “LGBTQ movie,” or a “postpartum depression movie.” Instead, it’s a movie that incorporates all of these topics but allows them to exist as they exist in reality–as facets of much more complex characters, lives, and experiences. To see these topics (all very near and dear to my heart) presented in a film so empathetically and unabashedly was a breath of fresh air.

On top of having a stellar cast and snappy dialogue, Saint Frances also made me laugh, made me cry a little, and left me feeling better than it found me, and right now, that’s all I could ask for out of a movie. I hope you enjoy!”

Flailing thirty-four-year-old Bridget (Kelly O’Sullivan) finally catches a break when she meets a nice guy and lands a much-needed job nannying six-year-old Frances (played by a scene-stealing Ramona Edith-Williams). But when an unwanted pregnancy, clashes with the obstinate Frances, and a growing tension between her charge’s moms complicate her new life, Bridget must contend with the inevitable joys and chaos of becoming a part of someone else’s family. 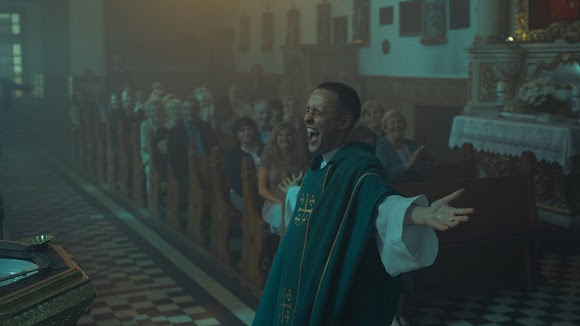 “In recent years, we boldly entered the Era of the Hot Priest (Fleabag, First Reformed, The Young Pope). However, we haven’t seen any quite like Corpus Christi’s Daniel, played with charm and ferocity by captivating newcomer Bartosz Bielenia. We went into our screening at TIFF this past September with little idea of what to expect, and were completely blown away. Filmmaker Jan Komasa, in his third feature, combines elements of crime drama, morality tale, and character study to explore ideas around faith and redemption in contemporary Poland. It’s an extremely ambitious vision, one that consistently surprises and thrills. It quickly became one of our favorite films from the festival and we were shocked and elated to see it receive an Academy Award nomination this year for Best International Feature. The acclaim is totally deserved and, despite the lack of a traditional theatrical release, we’re still really excited that Film Movement’s given us the opportunity to share it with all of you.”

Released from prison, 20-year-old Daniel is sent to a remote village to work as a manual laborer. But he convinces the locals that he is a priest and fills in for their elderly vicar, inspiring some and raising suspicion among others. Led by an impressive Bartosz Bielenia, this thoughtful, engaging, Oscar-nominated Polish film examines questions of faith and redemption, and is not to be missed. 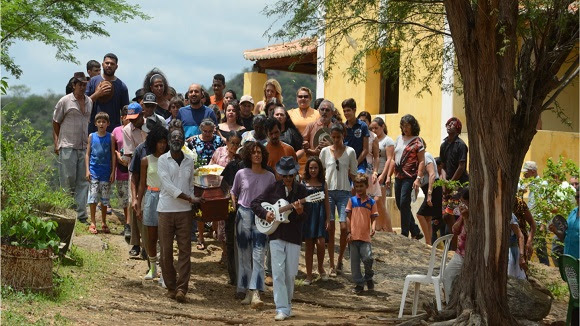 A few years from now… Bacurau, a small village in the Brazilian sertão, mourns the loss of its matriarch, Carmelita, who lived to be 94. Days later, its inhabitants (among them Sônia Braga) notice that their village has literally vanished from online maps and a UFO-shaped drone is seen flying overhead. There are forces that want to expel them from their homes, and soon, in a genre-bending twist, a band of armed mercenaries led by Udo Kier arrive in town, picking off the inhabitants one by one. A fierce confrontation takes place when the townspeople turn the tables on the villainous outsiders, banding together by any means necessary to protect and maintain their remote community. The mercenaries just may have met their match in the fed-up, resourceful denizens of little Bacurau.

Join the JBFC for our very first socially-distanced Q&A! On Thursday, April 2 at 7:00, Senior Programmer Andrew Jupin will lead an informal discussion via Zoom. Andrew will be sharing his thoughts about the film Bacurau. The audience–that’s you!–will have the opportunity to participate and ask questions via the chat feature.

This is as new to us as it is for you! We look forward to meeting you in this virtual space and learning together as we find ways to experience films as a community.

Register now for the Q&A!

We continue to find ways to connect you with film and the Burns through this period of stay-at-home distancing. We hope that you’ve seen our last couple of e-bulletins with fun and entertaining links. For a roundup of all we’ve suggested and put together for you already, visit JBFC at Home on our website.

Check out our Virtual Screening Room FAQ if you have any questions about streaming films from home.