Situated in the heart of Pleasantville’s vibrant downtown, the Jacob Burns Film Center (JBFC) is a beloved institution in the community, as well as a destination for film lovers from all over Westchester and beyond. Since opening in 2001, the JBFC has welcomed over 3,000,000 people to its five-screen theater complex to enjoy the best of American and foreign film, unique film series and special events. Forced to keep its physical doors closed due to COVID, the JBFC is still going strong, producing a variety of virtual content that lets patrons interact from the comforts of home.

Speaking with Margo Amgott, JBFC’s Interim Executive Director, one really understands the love and respect between the community and the JBFC. “The community has been so warm and wonderful, so thoughtful. I haven’t worked in a community that works to support an institution as much as the JBFC community has. From the founding board members, founding staff and staff today, they have built relationships–a wonderful example of community-based work.”

The JBFC has found a number of alternative ways to engage patrons through a wide variety of content including new releases and curated film lists to stream from home, family-friendly activities and resources to help make life at home more enjoyable. One of its most popular services is the JBFC’s Virtual Screening Room.

The JBFC works with film distributors to offer a curated selection of new and classic films to the community. Each screening purchased helps to support the JBFC as well as independent distributors. Recently, the JBFC has started streaming on their own platform, Eventive, which allows viewers a more streamlined way to engage virtually. Its first events held on Eventive were the Romanian Film Festival in late February and the Arab Film Festival in early March.

Free live-streamed events are another popular offering of the JBFC. Past events have included live virtual Q&A’s with filmmaker and JBFC Board member Ron Howard and another with Viggo Mortensen, director/writer/star of Falling. Upcoming events are always in the works so be sure to check JBFC’s website.

The popular What We’re Watching is an ongoing series where members of the JBFC Programming team casually chat about what recent films and other content they’ve liked, disliked and why. Anything goes in this popular streaming series. The JBFC Education blog is filled with family-friendly activities, how-to videos, streaming content and more.

The JBFC is also fully committed to the education of children. The recently-launched virtual Classroom to Screening Room program allows students in grades 3 through 12 to explore social, economic and cultural forces all through the power of film. The program, which has been offered throughout Westchester for nearly 20 years has now been made available online locally and on a national level at no cost for the 2020-21 school year.

Amgott is hopeful that the JBFC can re-open its doors for its 20th anniversary celebration this summer. But even if that doesn’t happen, the JBFC has big plans in the works which includes retrospectives from the past 20 years. “We would love to be open by summer but plan for both ways. We miss our community.” She does say that once the theater re-opens, the idea of having the diverse experience of in-person and virtual offerings is very appealing. “Customers can do it both ways–curl up in pj’s at home or come in person and see friends. It has pushed us to think more broadly on how we provide entertainment to those who support movies.”

In addition to making many necessary improvements including state-of-the-art air handling, an outdoor box office and sanitizing procedures, the JBFC is refreshing and improving the theater as a whole, to make it an even more welcoming, attractive and comfortable customer experience.

One of those improvements is the re-lamping of the theater marquee, with help from a generous donor. The theater wants to take a more sustainable approach and the beautiful marquee will be one of the first things people see when they arrive. “We feel an obligation to the community to do this and bring light to the building. It can really bring life to the theater which has been dark these months,” says Amgott. In the coming months, look for a rotating art exhibition on-hand as well.

When the JBFC is ready to re-open its doors, the community is sure to be out in full force, embracing it with open arms. But for now, patrons both near and far can enjoy all the JBFC has to offer from the comforts of home. And that is a pretty incredible thing. 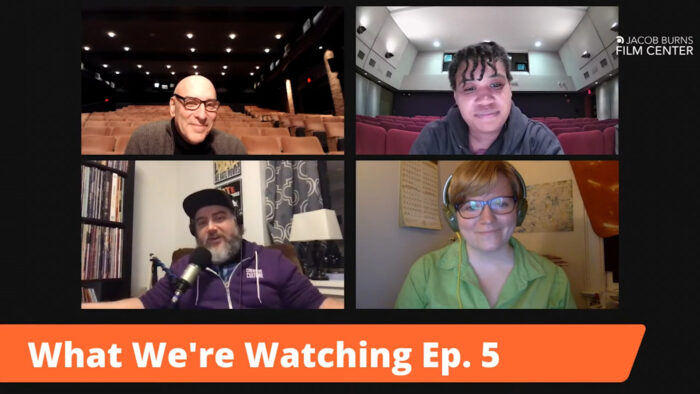