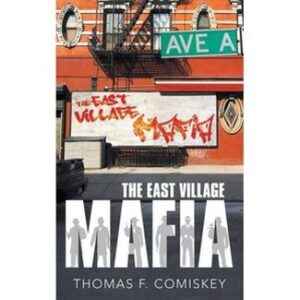 Lucky Luciano, Joseph Bonanno, Carlo Gambino and of course, John Gotti. These are some of the most well-known and notorious names in organized crime. And they all have one thing in common–they lived in or conducted much of their “business” in New York City’s East Village.

I lived in the East Village during my college years and knew some stories about the famed New York families of the Mafia–but clearly not everything. Now author and Scarborough resident Thomas F. Comiskey has written a book, The East Village Mafia, taking readers on a journey through time and place with an in-depth look into the lives and activities of some of the most powerful and infamous players in 20th century organized crime. 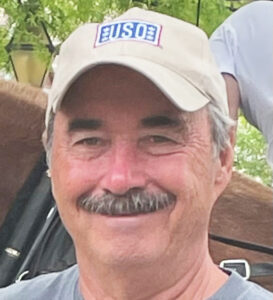 Comiskey comes from a long line of New Yorkers with his mom and grandmother having grown up in the tenements of San Juan Hill, near where Lincoln Center now sits. His dad hailed from Saratoga Springs and after World War II, married and settled in Stuyvesant Town (14th Street and Avenue A). Comiskey grew up in the East Village and lived there until 1991. Living on the northern border of the East Village gave him an insider’s view into the goings on of this secretive enclave.

“The father of one of my 1960s grammar school classmates was an ‘associate’ of a ‘made man’ in the Genovese crime family who lived on Avenue A and 12th Street. Stories about my classmate’s father’s violent exploits fascinated me,” says Comiskey. So much so that the chapter of his book entitled The Vatican Connection, is about the Genovese crime family, although Comiskey chose not to name names of his classmate’s father.

Comiskey, an attorney, spent his entire 33-year law enforcement career with the New York City Department of Investigation, exposing criminal conduct in NYC’s anti-poverty programs and public school system. First and foremost, the inspiration for his book came from his childhood and subsequent train commute. “Much of my leisure reading on my daily train commute from Scarborough to the city were the books about the Mafia. I discovered more and more about the Mafia in the East Village and its important role in the growth and direction of organized crime. After I retired, I began to research criminal records, law enforcement reports, periodicals, census records, reverse phone directories, and other sources.” He used his investigative attorney skills to help research and write his book, revealing many stories about the mostly unknown, secretive world of NY’s underground crime scene.

“The existence of this 70-year Mafia stronghold of racketeering, treachery and intrigue in the East Village was virtually unknown. Mafia royalty Lucky Luciano, Joe “the Boss” Masseria, and Joseph Bonanno lived in or frequented the East Village. They, and their East Village underbosses and capos, had a massive influence on the direction and destiny of organized crime in New York City.” The East Village Mafia brings its readers inside the social clubs, bars, restaurants and coffee houses where this underground “business” was mostly conducted–if by business we mean murders, international drug trafficking, counterfeiting, gambling and extortion.

As for Scarborough, Briarcliff Manor and the surrounding areas, Comiskey loves everything the area has to offer. He and his wife moved to Kemeys Cove in 1991 during the height of crime in the city. “I loved the city and still do, but now it has become a ‘place to visit’.” He loves to surround himself in nature and takes advantage of the natural beauty of the area. “I’m a hiker, bird watcher, history and jazz lover, so Scarborough and its surroundings has so much to offer. I love to hike the Rockefeller Park Preserve, the Croton Aqueduct, and Teatown Lake Reservation. I can see everything from hummingbirds to bald eagles sitting on my deck looking out on the Mighty Hudson.”

Comiskey is also very involved in local organizations that help preserve the history of the area such as Historic Hudson Valley, Ossining Historical Society and the Briarcliff Manor-Scarborough Historical Society. And for a night out? “When I lived in the city, I loved independent films. The Jacob Burns Film Center has no peer.”

The East Village Mafia is published by Archway Publishing and can be purchased at major booksellers.