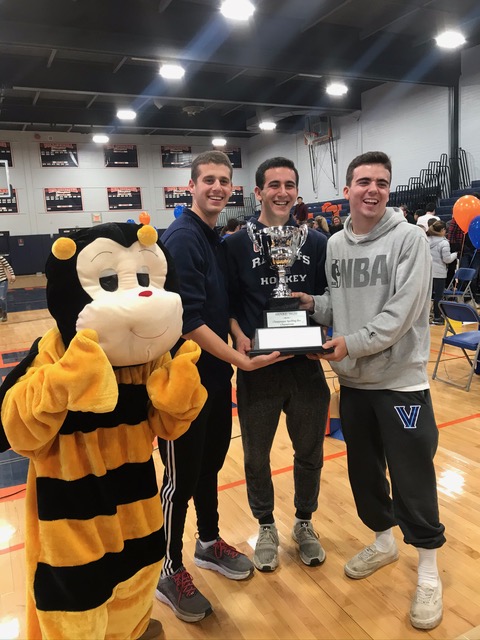 Each October for the past 11 years, Northern Westchester has had some very special visitors, and not just those of the trick-or-treating variety. A delegation of active duty soldiers from the Israeli Defense Forces (IDF) arrives to share their experiences with residents in a variety of formats. The 10-day visit is sponsored by Tzahal Shalom of Northern Westchester, an organization dedicated to creating lasting bonds between many local residents and Israel.

The program, which translates literally to “Welcome IDF to our Northern Westchester community,” was founded by Armonk resident Anita Greenwald and Chappaqua resident Michele Kraushaar in 2006. Its mission is to engage citizens here in the active support of Israel. Given frequent headlines about terrorist attacks and unstable relations with their Palestinian neighbors, many people in the United States are fearful of traveling there, and may have misconceptions about what life is like in Israel. Tzahal Shalom is trying to change that.

Through an assortment of programming aimed at every sector of the community, Tzahal Shalom creates opportunities to meet, interact, and get to know the soldiers. After all, said Anita, “When you care about a person, you care about where they are from. Creating those bonds is what our program is about.”

This year, seven soldiers arrived on October 15 to share their stories and experiences with a diverse set of audiences in Chappaqua and Millwood. They spoke to more than 1,500 people of all ages and religions, as well as local politicians and clergy. The soldiers are all active duty combat officers who have served their required time in the Israeli army and have re-enlisted to further serve their country. Each soldier is recruited and interviewed by the IDF, and, because many of them have never spoken to civilian groups before, prepared for their time here. Though they are not allowed to speak about politics, they are free to speak about anything else. For security reasons, their full identities cannot be disclosed in this article.

Each soldier has a unique perspective they like to share with their audiences. Michal, 21, is an instructions officer in the IDF’s combat engineering corp. Born and raised in Holland by Israeli parents, she is a lone soldier, which means her parents are not currently living in Israel. She decided to enlist in the IDF as a way to reconnect to her Israeli roots. For her, speaking to younger generations has been very meaningful. One of her speaking engagements was at Horace Greeley High School, where she spoke to a senior class.

“[The high schoolers] are at an age where they are old enough to understand what’s going on in the world, and are still developing what they believe in, so they ask very interesting questions,” she said. “I didn’t come to change minds, just to tell my story. They learn something different about another place.”

Omer, 24, is a company lieutenant in the IDF’s reconnaissance unit. Having grandparents who are Holocaust survivors has taught him that “Israel is not something that we can take for granted, so we need to protect it physically … [and we] need support from allies around the world,” he said. “Seventy years ago [many of us] had relatives who were in concentration camps. We have to remember it so we never let that happen again.”

Captain G., a 28-year-old F-16 pilot, is one of the first openly gay pilots in the IDF. “The IDF is inclusive of all different groups of society–LGBT, women, everybody,” he said. Moreover, the IDF is not only tasked with protecting Israel. “Our job is not to make war,” he said, “but to prevent the next war and allow people to prosper.”

The soldiers also spoke of Israel’s many humanitarian missions, which they said, are just as important to the IDF as protecting the country. “People are focused on the military [aspect], but we want people to see all sides and the full complexity of what we do,” Captain G. said. For example, the IDF started a program called Good Neighborhood, which treats injured Syrian refugees. The program was started after an Israeli soldier threw his bandages over a border fence so as to help wounded refugees. The IDF soldiers ensure their safe transportation to and from Israeli hospitals. Since its inception, more than 3,000 Syrian refugees have been treated by both IDF medics and Israeli doctors.

In fact, noted the soldiers, the Israeli government has made a concerted effort to not only aid in disaster relief around the world, but also to, as Omer said, be “the first feet on the ground” after tragedies. After the devastating earthquake in Haiti in 2010, the IDF was able to get one of the first temporary hospitals up and running. Similarly, Israeli troops were deployed to Mexico after the earthquake there this year. “Israel stands for certain values–human rights, women’s rights, and equality,” noted Omer.

During their time here, each soldier is matched with a host family, usually with teenage children at home. During their stay, the families and the soldier often create lasting relationships. The kids in the family usually bond with the soldier like a sister or brother, and the host parents start to view them as one of their own children. It’s not uncommon for soldiers to stay in touch with their host families for years to come. Many families even end up visiting their soldier in Israel. These bonds are paramount to the program, noted co-founder Michele Kraushaar.

That sentiment is echoed by Jackie Moskow, a Millwood resident who hosted a soldier this year. “The best part of this whole experience,” she said, “is watching this relationship develop between our soldier and our kids.” The Moskows are already planning to visit the soldier and his family in Israel this year, and invite him back to the United States for their son’s bar mitzvah next year.

The soldiers also appreciate the warmth and interest they receive from the community. Though many have been to the United States as tourists, coming as part of the Tzahal Shalom program gives them a deeper understanding of American lives and sentiments toward Israel. “The soldiers leave us with renewed pride and enthusiasm for their service due to the support they feel from us while they are here,” Michele said.