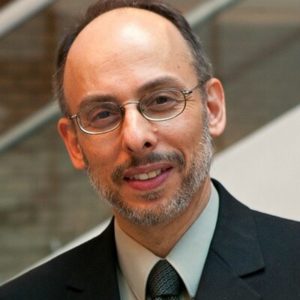 Dr. Rafael Medoff will speak at the 80th Anniversary of Kristallnacht at Manhattanville College.  Dr. Medoff’s topic will be FDR, Immigration Policy, and the Jews. Dr. Medoff is an American historian and the founding director of The David Wyman Institute, which is based in Washington, D.C. The Institute focuses on issues related to America’s response to the Holocaust.

Jewish and Muslim Responses:
Religious Cooperation and Crisis from
the time of the Holocaust to the Present

Dr. Mehnaz Afridi will discuss the relationship between Jews and Muslims during and after the Holocaust. She will discuss both the issue of antisemitism and anti-Muslim sentiment in Europe and America. From Charlie Hebdo’s murders in France to the Paris and San Bernardino shootings – there has been a lot of discussion on religious freedom and Jewish-Muslim relations globally. Dr. Afridi will further discuss how this has impacted Jewish-Muslim relations today in light of contemporary events.

Free and Open to the Public

Mehnaz Afridi is Assistant Professor of Religious Studies and Director of Holocaust, Genocide, and Interfaith Education Center at Manhattan College. She is committed to interfaith work, contemporary Islam and Holocaust education.  Her articles have appeared in edited books such as Sacred Tropes: Tanakh, New Testament, and Qur’an as Literature and Culture, (Brill, 2006), Not Your father’s Anti-Semitism: Hatred of the Jews in the 21st Century (Paragon House, 2008). Her recent articles include “Gurdwara Sikh Killings: Domestic or Global Taxonomy of Terrorism?” in Sikh Formations (Francis & Taylor, 2013) and “The Role of Muslims and the Holocaust” in Oxford Handbooks Online, (Oxford University Press, 2014).Nostalgia and Memory in Jewish-Muslim Encounters (Cross Currents Volume 65, 2015), in the “Die Sonnenblume,”Ed. Nicola Jungsberger, Europaverlagberlin, Germany, (2015) and in Collaboration Through Acknowledging the Shoah,  “Judaism, Christianity and Islam: Collaboration and Conflict” University of Hong Kong Press (2014). She is the co-editor ofOrhan Pamuk and Global Literature: Existentialism and Politics (May 2012, Palgrave Macmillan), and she is working on her forthcoming book, Shoah through Muslim Eyes (Academic Studies Press, 2016).