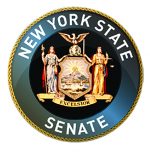 State Sen. George Latimer (D) seeks a third term as the representative for District 37 and is being challenged by Rye City Councilwoman Julie Killian (R). The mother of five is serving her second term on the city council, and spent 13 years working in finance at Merrill Lynch and CitiBank.

Latimer spent 20 years in marketing and has worked at major corporate subsidiaries of Nestlé and ITT.

While the 32 Democrats outnumber the 31 Republicans in the state Senate, Republicans hold the majority because a group of five Democrats– the Independent Democratic Conference (IDC) – have caucused with the Republicans the last three election cycles.

“The IDC is going to be the fulcrum,” says Latimer, who hopes Democrats can take the majority and replace the Republican leadership with Democrat Andrea Stewart-Cousins, who represents another Westchester district –District 35.

With the highest property taxes in the nation, Westchester voters always want to know what their elected officials plan to do about it.

Killian says “any tax cut helps,” but added that more focus needs to be paid to making New York more welcoming to businesses, calling it one of the least business-friendly states in America.

“Making us competitive with taxes and streamlining regulation, making things simpler is a good answer,” she tells Inside Armonk, using the example of the boom in distillery businesses after the state introduced the Alcohol Production Credit to cut red tape and reduce their licensing costs.

She also takes issue with the minimum wage increase in this year’s budget, which will bring the wage floor up to $15 per hour in Westchester by 2021. While not opposed to an increase, she says $15 is too high and could cost the state jobs, especially small businesses.

“My answer would have been increase the earned income tax credit,” says Killian, whose coalition, RYE ACT, has secured more than $1 million in grants to address the opioid epidemic in her community.

When it comes to unfunded mandates, both candidates agree the state, which has promised it would offer relief, needs to live up to its word.

Latimer supports eliminating the MTA payroll tax on both counties and municipalities, and phasing out the Medicaid mandate placed on counties.

“In Westchester County, it’s a $220 million hit to the county budget,” he says, adding that he is a co-sponsor on a bill to address this mandate.

Killian wants to see relief for mandates “big and small.” As an example she cites the Wicks law, which she says is extremely costly for school districts. It requires New York districts to hire four separate contractors for school construction (a general contractor plus contractors for electrical, HVAC and plumbing).

“It just hamstrings how you can manage your construction projects,” she says.

Both candidates agree the biggest obstacle, if elected, will be accomplishing ethics reform. But, they have different strategies to address the subject, which has dominated headlines for more than a year–more than 30 current and former New York state office holders have been convicted, sanctioned or accused of wrongdoing in the last decade, according to the New York Times.

“The day that I decided to run was Jan. 22 of 2015,” Killian says. “And I woke up and saw on my iPhone that Shelly Silver was arrested, and I said to myself, ‘I should think about running for state Senate.’”

Silver, the former Democratic speaker of the state Assembly and one of the most high-profile corruption cases, was convicted of fraud, money laundering and extortion.

Latimer – who also served on the Rye City Council for four years – cites three core problems that have allowed this culture of corruption to fester: the concentration of power in too few hands; the flow of money –both public and private campaign money –that goes to those most powerful legislators; and the excessive partisanship.

“I run again because I believe I can be part of a team of people that will change the equation,” he says. “We’ve done it before in the [Westchester] County legislature. I saw what reform looked like and it was a positive.”

Latimer served 13 years on the county legislature and in 1998 became the first Democrat to serve as its chairman.

What do the candidates plan to do to weed out corruption?

Julie Killian says terms limits, and has made this her flagship issue.

“I believe in citizen legislators,” she says, referring to politicians who continue working while holding public office. “I’m not looking to go up to Albany and spend the rest of my life there.” Killian says she will draft legislation imposing term limits of eight to 12 years–terms run two years for state Senators, who are paid an annual base salary of $79,500 a year. “I will vote for it, it has a value, but it is not the panacea and if it isn’t accompanied by other things you won’t have real reform,” Latimer says, adding that he’s never seen a term limits bill come up because leadership in the state legislature doesn’t want it.

argued that many caught in corruption cases have served just one or two terms.

To that, Killian asks, “Why can’t we be simple?”

“Let’s have a bill on one thing and one thing only, something really important,” she suggests. “They’re always throwing in this stuff so [the Republicans and Democrats] can mess with each other…It’s a lot of games and I’m personally tired of it.”

Latimer maintained that, to address term limits, campaign contributions must also be addressed. The maximum is $10,000 for a Senate candidate and $4,000 for an Assembly candidate.

“That means you’re going to have to interact with everyday people more regularly, as opposed to going to a handful of people who can give you $10,000 a pop,” he said, suggesting $2,000 as a cap.

Then there’s the LLC loophole, which allows limited liability corporations (LLCs), which are subsets of a larger corporation, to each donate the maximum amount to a candidate. This, Latimer says, allows corporations to contribute unlimited amounts of money. “Now, you might say, well, what’s that got to do with corruption?’” Latimer said. “[Former Senate Majority Leader Dean] Skelos and the Silver trials were for corruption, and in both cases they shook down real estate entities, who had multiple LLCs, for money.”

“I have advocated for and we’ve been able to see some significant funding for school districts that I represent,” Latimer said. “And particularly in the eliminations, or the ending of reduction in school aid that was created back in 2010–Gap Elimination Adjustments.”

Killian also supports eliminating the policy, which was enacted in 2010 to make up for the state’s shortfall by reallocating state aid already designated in the budget for schools. But she said Westchester still isn’t getting its fair share because of the formula for cost of living – the regional cost index – which the state uses to determine where school aid goes.

“That’s just a calculation and right away that would get us more money,” Killian said.

“The cost index is representative of Kingston and Poughkeepsie.”

Killian said she doesn’t hear anyone, including her opponent, talking about this.

countered. “Westchester is treated like an upstate community because the Long Island and New York City leadership [in the state legislature] doesn’t choose to understand what makes us unique,” he said.

“We get real change when we change who is in charge.”

Regardless of who is in the majority, Killian said she will make her voice heard.

“I feel confident that I can work with anybody up there,” Killian said. “But, I’m not afraid to speak out.”

In addition to North Castle, District 37 includes the cities of New Rochelle, Rye, White Plains and Yonkers, and the towns of Harrison, Mamaroneck, Rye, Bedford and Eastchester.

Brian Donnelly was born and raised in Westchester. He is a freelance reporter, videographer and social media specialist, whose hobbies include riding bicycles, waves and rooftop hammocks.