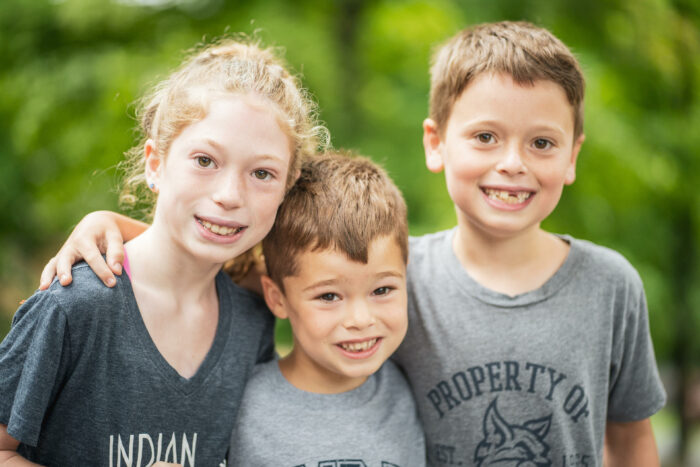 Banksville is a hamlet in the town of North Castle. Known as the Eastern District of North Castle, it lies on the Bedford side of Armonk and also borders backcountry Greenwich, CT. The hamlet was named for Samuel Banks, a farmer who settled there in 1695 and is buried in Middle Patent Rural Cemetery in Bedford.

Living in Banksville affords its residents the best of many towns including Bedford, Armonk and Greenwich. One family that calls Banksville home is the Katz family. Sara and Lewis both work in financial services and have three children – Natalie, age 10, Mercer, age 9 and Miles, age 6. The Katz family moved to Banksville from New York City in the summer of 2010. They figured if they were going to leave the city, they definitely wanted to move somewhere with lots of land and more space.

They soon found what they were looking for in Banksville. As Sara says, “We loved the land, the homes have a lot of property and our house sits on a preserve.” The family loves the country feel and natural beauty the neighborhood offers residents. Since there is so much open green space, there are more chances for the neighborhood kids to get together and play, whether it be bike-riding, soccer, football and more.

Living further from the Armonk town center gives Banksville residents the chance to frequent not only Armonk’s downtown, but also those of Bedford and Greenwich. This allows for more diverse interactions and the chance to meet a variety of people from different areas. Some favorite spots for the Katz family include Happiness Is, a fine foods market, The Study Fine Wines & Spirits, Greens Nails and Banksville Pizza, all situated along North Street, the small commercial hub of the hamlet.

The Katz family enjoys spending a lot of time outdoors around Banksville, whether it be going for a jog into backcountry Greenwich or playing at Memorial Park in Bedford Hills. The Banksville community is one that enjoys its natural surroundings as well as each other’s company. As Sara says, “Everyone is lovely and giving – people are always willing to carpool or watch each other’s kids.” A true testament to the neighborhood.