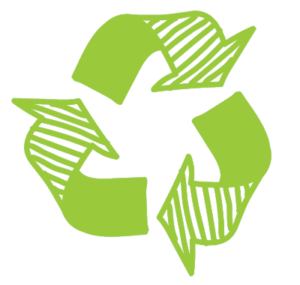 On January 1st, the Town of New Castle released new regulations regarding standards for recycling. Previously the United States used to export much of its recycling waste to China. Unfortunately, China recently stopped taking this foreign recycling waste. The new “Dual Stream Recycling” policy supports the town of New Castle’s goal of recycling as much as possible, while reducing recycling fees. Inside Press asked Town Supervisor Robert Greenstein to help clarify the new regulations. He offered the following tips:

1. Separate recycling into cardboards and papers or plastics and glass.This way, the materials are easier and cheaper to process once received.

2. Clean plastics and glass recyclables of food residue, or the entire load can become contaminated and therefore will be treated as trash.

3. Throw out pizza boxes, as most have food residue and grease that contaminate the paper and cardboard.

4. Don’t put recyclables in plastic bags because the bags jam the processing machinery. Reuse plastic bags and take them to stores that recycle.

Michael Cicale, New Castle’s Recycling Center Foreman, explained that recycling is a “for-profit” business and the new rules were implemented to help ease the process of receiving recyclables. He further stated that many recyclable items end up being thrown out due to a high contamination rate.

Residents on ‘Chappaqua Moms,’ an online forum for community members, discussed the new regulations. Diane Bernstein said she has found ways to donate and reuse goods that cannot be recycled and would otherwise have to be thrown away. For example, Bernstein collects empty and clean medicine bottles for an organization that distributes them in Africa to people who cannot afford these containers, which are needed to keep pills safe from moisture and away from small children.

The Problem with ‘Wishful Recycling’

In a joint statement, Sustainability Advisory Board (SAB) members Kathy Schreiber and Jennifer Mebes Flagg told the Inside Press: “The SAB is working with the Town on continued education efforts to help residents understand the new rules and curtail “wishful recycling” which is when people put things in recycling bins they hope are recyclable or think should be recyclable.

Ongoing efforts to reduce waste town-wide include the Town’s Food Scrap Recycling Program. Residents bring all their food waste to the recycling center, even bones, shells, and meat that are not good for backyard composting. Participants pay $25 for a kit which includes collection bins and compostable bags. According to the SAB, the pilot program already has 200 participants. The food scraps are taken to a commercial composting facility in Ulster County, but with more towns starting food waste collection programs, the hope is that Westchester County will open its own municipal compost facility.

Take it Or Leave It Shed

Locals can donate usable household items for others to take and reuse at the volunteer-run shed. Residents also frequent Facebook as a way to post and advertise donated or on-sale items.

Despite the efforts, various residents expressed confusion. Susan Oliver told the Inside Press,“I spend way too much time figuring out the new regulations which are posted on my refrigerator.”

Yet Diane Langham Bernstein noted that “for the first time in years, I had a full trash container and my recycling ones were half of what they used to be.” The criticism seems to revolve around specifics that can be hard to understand or confusing. Take wax paper boxes. “Is that considered “coated cardboard” and therefore trash?” wondered local resident Susan Oliver.

As we approach Earth Day on April 22nd, the town wishes to continue raising awareness about these new recycling policies, making New Castle an example for other communities to follow.

Be a Recycling Champ …

1. Separate bottles, cans, glass and plastics #1-#6 from cardboard and paper.

2. Make sure all recycled goods are separated and ready for curbside pickup.

3. Refer to the town’s recycling schedule.

5. Put extra reusable bags in your car, for when you go to the store.

6. Many supermarkets have machines, in which patrons can dispose bottles in return for a small payment.

7. Bring reusable water bottles, hot beverage and food containers to school or work to avoid the need to recycle.