April 3, 2020  Chappaqua, NY– It seems like many moons ago that New Castle’s town board–spirits running high and sleeves rolled up to serve New Castle–gathered for a packed inauguration ceremony on January 27 when the idea of social distancing could not have been more remote, or the idea of working ‘remotely’ was not on anyone’s mind, either. It’s safe to say too that no one that evening was thinking of how local public officials might navigate a global pandemic hitting home come mid spring. But here we are, with town boards everywhere, and New Castle being no exception, thrust into the roles of informing and leading residents on the best personal safety practices as they keep abreast of and share highlights specific to New Castle, and include near daily updates from the county, state and federal sources.

With all this on my mind, and on many of my neighbors’ minds, I decided to engage in a conversation to see how my own hometown board is faring. 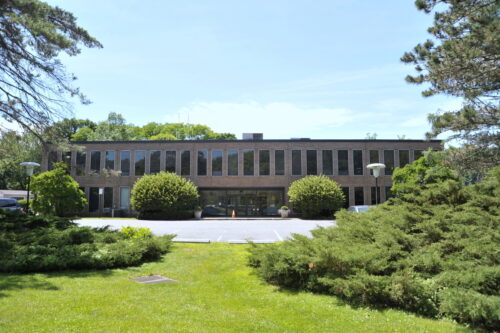 Speaking for the Town of New Castle, Deputy Town Supervisor Jeremy Saland explained the board has been closely consulting with first responders–the Chappaqua and Millwood Fire Departments, the Chappaqua and Ossining Volunteer Ambulance Corps–and with other ‘essential’ town hall staff who remain engaged in moving town business forward, too… all the while juggling multiple family responsibilities and/or even personal crises themselves.

“It is a responsibility that we accept–delegating different things to different people…  But it’s also important to remember that everyone has a role, everyone plays a part,” Saland shared. “We also all need a good bit of levity to maintain our mental health, so I like to say, ‘all hands on deck’ sure, but also ‘all clean hands on deck’– we all  have come together; everyone has really been fabulous and pulling their weight.”

To that end, Saland described Ivy Pool’s leadership during this period as “exemplary.”

“She has been conferencing weekly with other Town Supervisors to ascertain how she can protect and best serve our respective residents: said Saland. “Both she and I have been on multiple conference calls a week with the County Executive advocating for our municipality, seeking clarity on critical issues and asking the important questions.

“Ivy has been a pillar for New Castle managing the municipality along with the incredible efforts of Jill Shapiro, our Town Administrator.”

In the meantime, as residents all collectively hope for the best but steel for the worst, they are grateful for town hall efforts that include updates shared several times a week via Town of New Castle eNews. The updates are also posted to social media on the Town of New Castle Facebook page and a second page called New Castle Community Discussions.

Regarding the impact on small business, board members Lauren Levin and Lisa Katz are working in consultation with the Chappaqua-Millwood Chamber of Commerce too on a variety of initiatives to help small businesses, and/or directly with area businesses themselves, many of whom are assuming volunteer roles, too. Katz also said she has been fielding general questions from the public about COVID-19 especially those regarding the new social distancing.

Similarly, led by Jason Lichtenthal, town residents are rolling up their sleeves via the New Castle Volunteer Match delivering goods and services to those most in need, too, on account of the COVID-19 impact. In the meantime, town board meetings have gone virtual; basically, town board members, town staff and first responders are all working cooperatively and largely from home following stay at home health and safety guidelines too while assuming their respective roles and responsibilities.

Keeping regular and vital business moving forward is a key goal too–whether a simple reminder to fill out the U.S. Census or issuing the town tax bill, which was recently sent out.  Essential staff includes those preparing town documents. “They can’t just sit. Whomever can work among support staff are doing things from home. The goal is to keep moving things forward. The County and the Westchester County Board of Legislators have proposed a plan to assist taxpayers and address penalties that we continue to review.”

Commenting on the pandemic and its impact here at home: As of April 2, the town board confirmed the number of positive cases in New Castle: 51.  Saland emphasized that “while the numbers are important, they don’t tell the whole story.”

“You also have to be smart when you look at the numbers; we are in Westchester, where the numbers, especially those in the hardest hit municipalities of New Rochelle, Mount Vernon and Yonkers, are outpacing everyone in the state–outside of New York City. “We must keep taking the steps necessary to mitigate who will get this illness.” The bottom line,” Saland added, “is that the borders between counties, cities and towns are superficial, and we all have to follow the best practices to stay safe.”

The general population of New Castle has been generally very cooperative; the New Castle Police Department remains vigilant and ‘on top of’ any trouble, he said, if issues arise. He said it’s important to remember too that sometimes an incident reported online in social media is not necessarily as it is described, either; rumors easily spread. Officers will be deployed as needed to investigate.

I asked about sanitation schedules, which are contracted out these days by SaniPro. “There is nothing that would indicate that will stop or that they will alter their schedule.”

The U.S. Post Office continues to provide its service, too, at their Chappaqua and Millwood locations. The Town does not coordinate with them, said Saland, as “they answer to the federal government.”

Finally, I asked Saland how he is personally managing.  He immediately tipped his hat to his wife Leslie Saland, a physician treating patients, who is also working from home with three kids. “She is doing a yeoman’s job. I won’t ever take credit for my wife’s work. She is as smart and kind as she is giving and hardworking,” he said.

Saland also noted: “I have the same fears and concerns as everyone else. I started my own law firm. After years as a prosecutor, I built it into a successful and thriving practice. As New York City and New York State shut down, I took a frightening hit.”

We are all truly in this together, he said: “As I stated on inauguration night: there is no difference between ‘us’ (the town board) here and ‘you’– we just happen to run for public office. Everyone needs to do their part in maintaining child-care, education, mental health and general wellness. We need to be kind and respectful to one another, all the while knowing that we are going to get on the other side of this. There is a mountain to climb but we will summit it together.”

“It’s critical that residents understand, and I’m stating this with complete sincerity, that the town board, first responders and town staff are genuinely doing their best and want to see this community not just merely get through this but to be in an even better place when we are done.”

“People should feel good and comfortable and confident about that cooperation: we are fortunate that we have a concerned, educated community that cares about each other beyond their doorstep and property lines. That’s critical to effectuating the government and country’s role to minimize the spread and break us free from the grip of COVID-19.”

I hesitated to ask, but did: “Are you bracing yourself for tragedies in this town?”

Saland answered: “Can I honestly say that we are not going to have a loss of life here? And assert that there are not going to be very sick people here, either? No, I can’t say any of that. Things may be very, very bad, for some, and that would be extremely unfortunate, but if we follow all the guidance, the chances of that are greatly reduced.”

The crisis in fact hit home for Saland over the past week as his family met the critical health needs of his dad. “My father was diagnosed with cancer a month ago, and surgery was scheduled for him to remove a kidney and part of his bladder at a New York hospital. Surgery was cancelled because the doctor was concerned because of COVID-19 patients at the hospital and the risk it posed to his health.”

“Fortunately, after the hospital canceled and another could not perform the procedure even though he was about a month away from their physician suggested deadline, a team at the upstate University Hospital in Syracuse came through. “This past Friday, we got the call from Syracuse, and he drove up that night before undergoing surgery the following morning.

“Other than the expected post-surgery pain, he is doing well and has a positive attitude. I haven’t seen him and likely can’t for some time, just as my mom couldn’t go with him to the hospital,” said Saland. “He was alone, because he is one of those people with immunocompromised health for whom we all have to do our part to safeguard.”