As Briarcliff Manor officials undertook a mission to revitalize and publicize the areas many parks and nature trails, the coronavirus pandemic resulted in residents and visitors rediscovering the outdoor luxuries the village has to offer.

With nearly a dozen parks and walking paths neglected over the years, the Briarcliff Village Board and Recreation Department have taken on an initiative since 2019 to clean up the grounds, introduce new programs and enhance the trail system to make the outdoor amenities more accessible and interactive to those using it.

Henry Jamin, Superintendent of Parks and Recreation, said an area like Pocantico Park, the village’s largest park at nearly 71 acres, had several sections that were never formally designed to support a walking or hiking path. Those routes are now marked trails, he said.

“One of our initiatives was to improve our trail systems and do a better job of promoting it to the public, so that’s an ongoing effort,” Jamin said. “The trails have been there for years, but they were not marked.”

Improvements included replacing worn signage, grooming entranceways, creating new parking areas, and marking and mapping all the trails. With officials determined to bring more attention and foot traffic to village, a collaboration was made with The Hiking Project, an app that includes walking paths and trails across the country and allows users to add additional routes to explore.

Briarcliff Manor Deputy Mayor Peter Chatzky took the Inside Press on a Park and Trails tour, much to our delight. “All the Briarcliff trails are mapped,” Chatzky noted with great enthusiasm, “and an interactive app can run on your phone to help you navigate a trail and pick an appropriate route based on topography and amenities.”

Exploring with a Handy App

The app, which also has a website equivalent, provides recommended trails, photos, difficulty ratings, mileage, trail conditions, and special features to look out for on that route. In addition, users are informed of available amenities, parking, ADA accessibility, pet rules, bicycle usage and if a location is family friendly.

While the Law Memorial Park Walking Path is an easy, half-mile, family-friendly area where dogs and bicycles are allowed, the Pocantico Park Loop, which spans the Yellow Trail and Red Trail, is a nearly one-mile scenic loop that is rated at an intermediate/difficult level.

But part of the plan was ensuring residents and visitors alike were aware of the new improvements and boosting those efforts to the public.Then the pandemic hit, and the desire and near desperation to be outside made the village’s attempts to promote its parks and trails almost pointless.

“The pandemic really helped us get people out there,” said Village Trustee Sabine Werner. “We saw a real increase of utilization of parks and trails as people were looking to get out of their house.”

Jamin added how COVID re-emphasized the need for parks and recreation, noting how several programs have popped up in Law Memorial Park since March, including stroller stride workout classes, running groups, and yoga in the park.

Geocaching is an outdoor treasure hunt using GPS devices via cell phone that is played all around the world. Participants download the Geocaching App and navigate to specific coordinates to find hidden containers at various locations with trinkets inside.

There are currently nine containers hidden in trails and parks throughout Briarcliff.

“It was helpful in getting people out who wouldn’t ordinarily want to take a walk in the woods. It’s just an activity that’s fun and gets you into the outdoors,” Jamin said. “We’re constantly brainstorming what we can offer that is safe and helps people enjoy themselves and have some fun.”

Law Memorial Park, which is in the heart of Briarcliff on Pleasantville Road, is home to the village pool and four tennis courts–three clay courts and one year-round all-weather court–with lights for evening play. The 7-acre park has a playground that includes swings, a sandbox, and play structures. Furthermore, the Village Library is on the Park’s eastern edge, with a new two-story pavilion officially open for use. 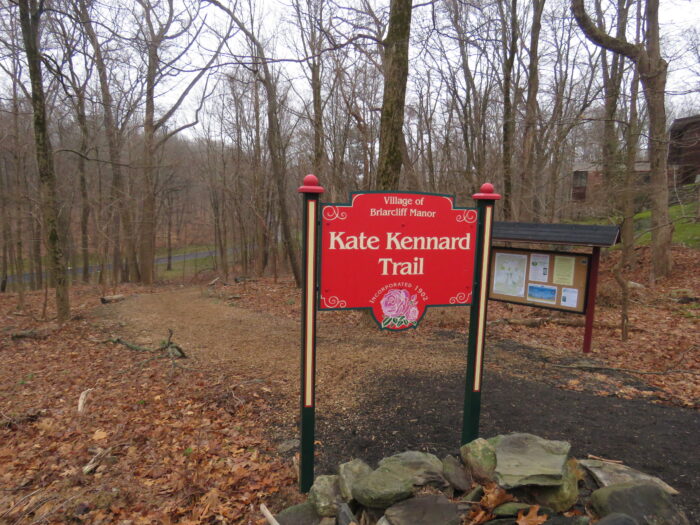 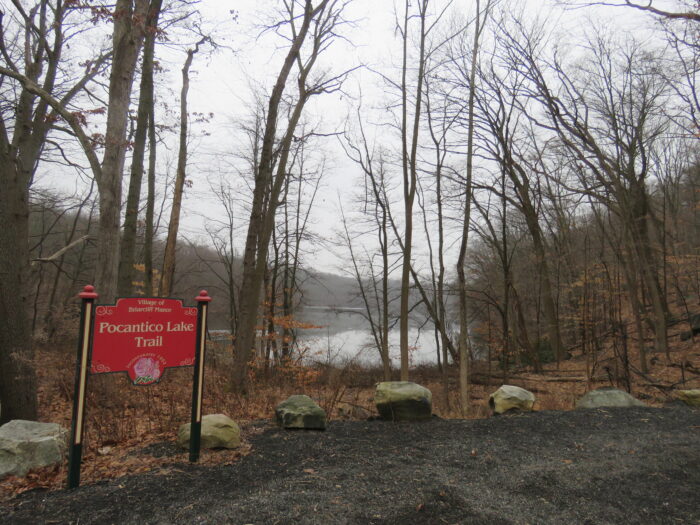 Scarborough Park is the perfect place to take in the sights of the Hudson River or go fishing. The six-acre, 97-year-old park’s shoreline recently underwent a shore stabilization and erosion project. “It’s one of the only areas of Briarcliff that is actually on the Hudson,” noted Chatzky. “For years it was badly eroded. With $100,000 earmarked to resolve the erosion, the Village Department of Public Works bought huge boulders, and receded the grass twice with new dirt. Some new tree plantings enhance this gem which falls right below the Scarborough train station. Two memorial benches were donated by a current trustee Kevin Hunt in memory of his mother and father, Cathi Hunt and Charles “Chuck” Hunt, and of his son, Lars Hunt.

What a difference a village’s dedicated attention makes. Today, Jamin said Scarborough is the perfect place to relish the sunset.

While the village has made progress over the last year, there are still many projects on the horizon.

While officials are currently looking to connect the North County Trailway to Pocantico Park, other connections are in discussions along with park upgrades and new program ideas presently, two tennis courts at Chilmark Park are being converted into six pickle ball courts that are scheduled to open this summer.

“It’s all about expanding opportunities,” Jamin said. “There’s a lot to be done and a lot more to discover we can do.”