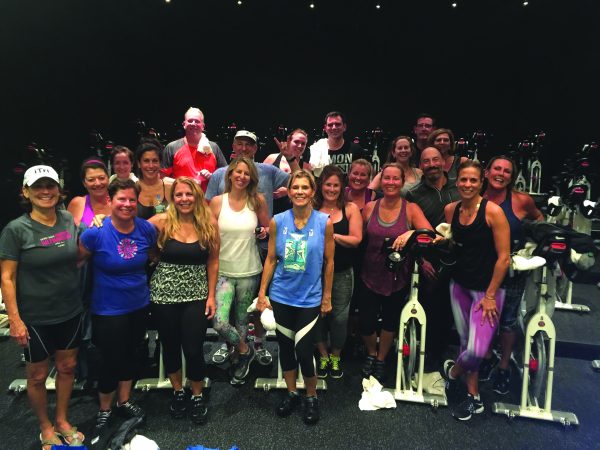 The Damon Runyon Cancer Research Foundation was started in 1946 by the famous radio personality Walter Winchell following the sportswriter Runyon’s death from throat cancer. Winchell led the foundation in honor of his friend until 1972. He was supported by fellow celebrities, including Milton Berle, Marilyn Monroe, Joe DiMaggio, and Bob Hope.  Since its inception, the Damon Runyon Foundation has been responsible for proving the correlation between cigarette smoking and cancer, developing a cure for a patient with Stage IV melanoma via immunotherapy, and founding innovative biotech companies like Juno Therapeutics and Sunesis Pharmaceuticals.

Last year, Bill Raveis, owner of the William Raveis Real Estate company, became involved with the Damon Runyon Cancer Research Foundation after attending a breakfast presentation in Manhattan for the foundation. He was greatly impressed by the foundation’s enthusiasm towards and devotion to finding cures for cancer. The Runyon Foundation gives young scientists significant funding and opportunities to pursue dedicated cancer research indefinitely.

“I believe that all of us, in some form or another, have been affected by cancer, either personally or through family and friends,” notes Lisa Theiss, the Vice President of Business Development at William Raveis’s Armonk office.  Bill Raveis is one of those people. “Bill’s wife, Candy, was diagnosed with AML Leukemia 18 months ago, which makes this cause even more personal for him,” states Theiss, who spear-headed this event with her co-worker Lauren Goldenberg and the Armonk office administrator, Robin Lechner. Bill and Candy are witnessing, first-hand, the miraculous results of new research and targeted drug therapies.

Every year, members of the William Raveis family participate in a Ride and Walk event that takes place in Norwalk, Connecticut to support the fight against cancer. This year, William Raveis’s 130 offices throughout the country were charged with finding effective ways to fundraise to support the Damon Runyon Foundation. The Armonk office, in an effort to engage family, friends, and the community, decided to host “Spin for a Cure.” Theiss hopes this is the first of many “Spins” hosted by the Armonk office.

Raveis realtors Patricia Del Vecchio and Sandra Scarano contacted family, friends, and clients to participate in the event. “Everyone was very eager and happy to join us for this great cause,” notes Scarano, who is also a personal trainer. Del Vecchio concurred, “It is extremely important to us to do something to help people, and so many people’s lives are touched by cancer.”

The class was led by Equinox spin instructor Lisa Gagliardi. “Lisa has a great energy and played the perfect music,” says Scarano. This was Del Vecchio’s first time participating in a spin class, and she found Gagliardi extremely motivating. “I am definitely going to try another one of her classes.”

“A cure for cancer is very personal and a very big deal for everyone,” says Theiss, who believes that this is a critically important cause in which most people are heavily invested. Between innovative research and dedication to fundraising, the Damon Runyon Foundation is focused on finding a cure for this disease, which takes too many lives. And William Raveis’s Armonk office is doing its part to help.

Deborah Raider Notis is a writer and co-owner of gamechangernow.com, a free referral service connecting Westchester families to highly qualified instructors. Deborah’s writing can be found in the Inside publications as well as in suburbanmisfitmom.com.