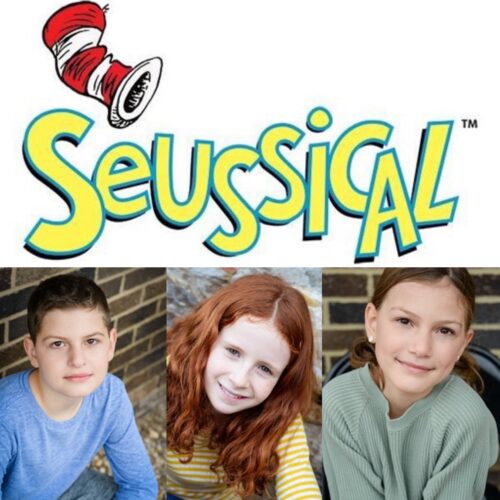 The show features Armonk residents, Maddie Wohl, Mallory Yahr, and Ben Wohl in the role of Baby Kangaroo, Who #1, and Horton the Elephant

Now one of the most performed shows in America, Seussical™ is a fantastical, magical, musical extravaganza! Tony winners, Lynn Ahrens and Stephen Flaherty (Lucky Stiff, My Favorite Year, Once on This Island, Ragtime), have lovingly brought to life all of our favorite Dr. Seuss characters, including Horton the Elephant, The Cat in the Hat, Gertrude McFuzz, lazy Mayzie and a little boy with a big imagination – Jojo. The colorful characters transport us from the Jungle of Nool to the Circus McGurkus to the invisible world of the Whos.

Over 40 young actors ages 8-17 will perform in the show, which marks the first Mainstage production to return to in-person performances since 2020. “We are thrilled to be heading back to the stage with these incredibly talented casts!,” says director (and Random Farms Artistic Director), Sarah Boyle. “In preparation we have been enjoying Green Eggs and Ham and making sure we eat our bread Butter Side Up!

The Cat in the Hat tells the story of Horton, an elephant who discovers a speck of dust that contains the Whos, including Jojo, a Who child sent off to military school for thinking too many “thinks.” Horton faces a double challenge: not only must he protect the Whos from a world of naysayers and dangers, but he must guard an abandoned egg, left in his care by the irresponsible Mayzie La Bird. Although Horton faces ridicule, danger, kidnapping and a trial, the intrepid Gertrude McFuzz never loses faith in him. Ultimately, the powers of friendship, loyalty, family and community are challenged and emerge triumphant.

ABOUT RANDOM FARMS KIDS’ THEATER: The Random Farms’ Kids Theater is a not-for-profit organization that puts young people center stage. It is dedicated to creating a safe environment where children of all backgrounds are encouraged to discover the joy of theater within themselves – on and off the stage. Through its programs, students develop an appreciation for arts and music, cultivate leadership and life skills, and build self-esteem. Random Farms further extends this impact beyond its own doors by providing community resources that increase access to the performing arts, and by motivating social change through live theater.