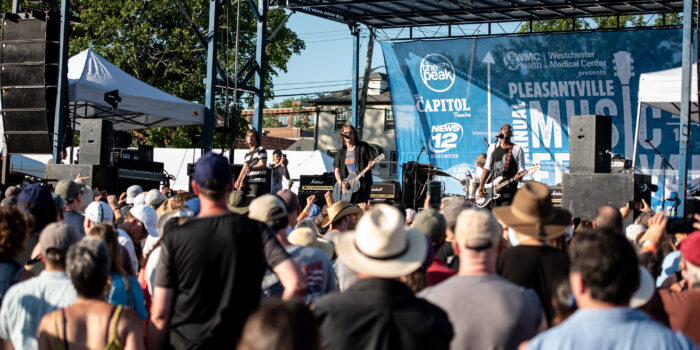 On Saturday, July 9, thousands will gather in Parkway Field for “New York’s backyard jam,” the 16th Annual Pleasantville Music Festival, presented by Northwell Health. The day promises to be full of great music, great food and drinks, a beer and wine garden, activities to keep the kids happy, and will even be carbon-neutral to ensure sustainability. The lineup includes alt-rockers X Ambassadors, folk rockers 10,000 Maniacs featuring Mary Ramsey, the blues, funk, and soul act Black Joe Lewis & The Honeybears, singer-songwriter Paula Cole, and many others. This is truly a day that will be loved by all. 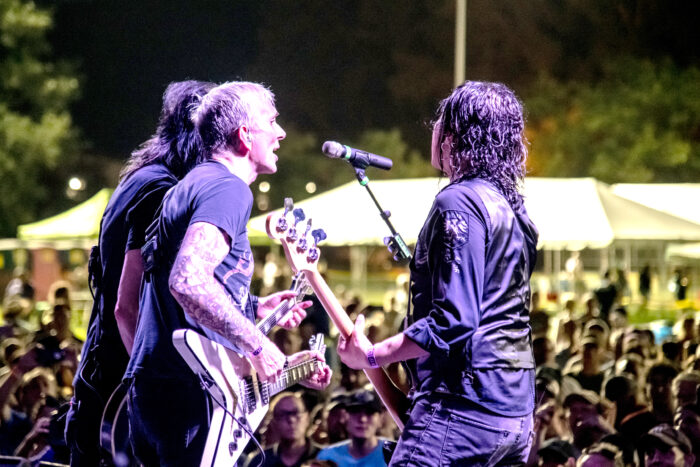 The universality of the Pleasantville Music Festival is no mistake. “When it comes to choosing who we go after, we really try to vary the artists based upon their music style and also the demographics of the audience. Our audience is diverse in terms of age and tastes, so I try to check off as many different boxes as I can,” said Bruce Figler, executive director of the festival. The fans are always put first, and the lineup is always new and exciting. Many of the acts like X Ambassadors and 10,000 Maniacs featuring Mary Ramsey are making their debut appearances at the festival. This is also by design. “We try to avoid booking acts multiple times. Years ago, we would repeat the occasional artist, but we found that our audience prefers that we keep it fresh,” said Figler.

You won’t just get the big names you hear on the radio, either. The festival is always showcasing great new talent that you’ve probably never heard of. “When it comes to lesser known artists, we keep our ears open. We weed through the hundreds and hundreds of artist submissions sent to the Festival every year. 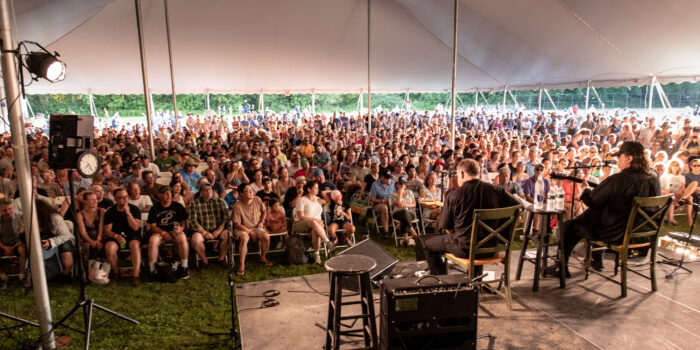 We check out leads. We visit music venues,” said Figler. The Pleasantville Music Festival, like a great radio station, gives you what you want, but they also show you something new. Figler also put an emphasis on the community in this process, saying, “we are particularly interested in bands who either are local or have local roots,’ and added, “what makes the selection process so difficult is the sheer amount of really good talent that’s out there.”

Figler knows a thing or two about music. When he isn’t working on the festival, he is a weekend DJ at 107.1 the Peak, the festival’s radio sponsor. It was Figler who first partnered them up almost 20 years ago, when he first started working for the station. Back in those days, he was just a “nonessential player” at the festival. He would introduce bands as one of the DJs from the sponsoring station and sit backstage and enjoy the music. All that changed in 2015 when there was a change of management for the festival, and Figler was asked to be the new musical director. They retooled the festival somewhat, moving away from their more folk oriented routes, and booking bands like the alt-rockers The Gin Blossoms. That year proved to be a big success, and earned a profit for Pleasantville. 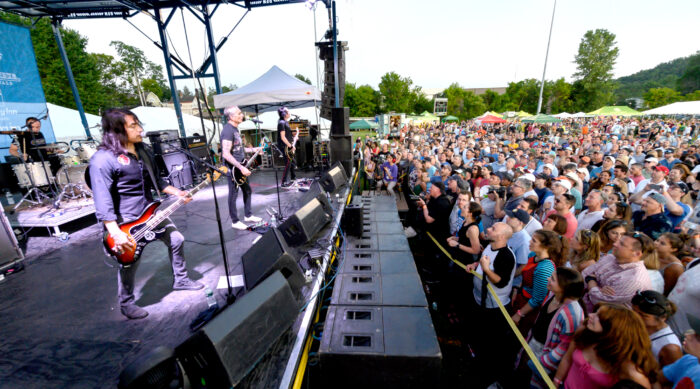 The executive director stepped down the following year, and Figler was asked if he would take on the job. “My immediate reaction was, ‘No, I don’t need that in my life’. And my wife said the same thing,” said Figler. The festival had also grown since he had become involved with it.“There are so many moving parts,” said Figler. But he went on to realize,“I had a staff that knew exactly what they were doing.” And with the help of that incredible staff, Figler has guided the festival to new heights over the last several years.

Figler and his staff have faced their set of challenges, the pandemic certainly being one of them. “We had 2020 underway, but we had to pull the plug on it,” said Figler. But after all this time, The Pleasantville Music Festival is coming racing back. “Live music is a wonderful thing, and people have missed it over the last couple of years,” said Figler. Anticipation is already high. Every year before the lineup is announced, the festival does a presale for three or four months and sells a couple hundred tickets. This year their presale lasted three weeks and sold over 700 tickets. “The proof is in the pudding,” said Figler.

The gates open for the festival on Saturday, July, 2022, at 11 a.m. Performances begin at noon and end at 9 p.m. There will be three stages, the main stage, the party stage, and the chill tent stage.

Nolan Thornton is a screenwriter and freelance journalist living in the Hudson Valley of New York.