Following up with the initial and highly successful Chappaqua Cares/Chappaqua Shares effort to establish a Scholarship fund for the Dirks Family, Jodi’s Gym opens its facility to all for additional support. 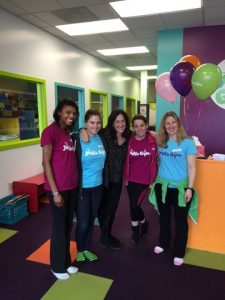 Family and friends came out in droves to support the family of Chappaqua resident Robert Dirks, whose memory was honored at a fundraising event yesterday at Jodi’s Gym in Mt. Kisco. Dirks was one of six casualties of the tragic Metro-North train accident that occurred in Valhalla on February 3.

The idea for such a fundraiser came about while gym owner Jodi Rosenwasser Levine was browsing through the Chappaqua Moms Facebook page. “I was deeply saddened [by the news], as everyone was,” Levine said, and “looking for a way to help. Everyone was saying, ‘What can I do? What can I do?’ and I said, ‘I can hold a fundraiser through the gym.’” Resident Dawn Greenberg–co-founder of Chappaqua Cares, Chappaqua Shares–caught the offer and not only praised Levine for the gesture, but joined her in making it a reality.

Greenberg, who began her organization in November 2014 as a way to get Chappaqua residents involved with giving to those in need, saw the opportunity as one to allow residents the chance to give back. “This community is so caring and so giving,” Greenberg said. “But sometimes, it’s frustrating to figure out exactly how to do that effectively….[so] we give people an outlet. We thought this was a great event ‘cause it would allow kids to bring their playmates and have fun and just enjoy the day.” 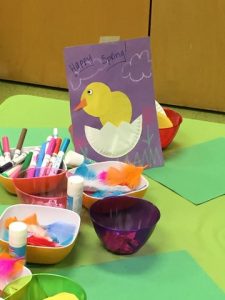 The two sent out a notice via the Facebook page offering to hold a fundraiser for several of the families who were impacted by the crash; the Dirks family accepted the offer. “[Jodi’s Gym] didn’t burden us with anything,” says Jason Ueda, uncle to Robert’s children, Owen (5) and Phoebe (2). “They said, ‘We’ll take care of it.’”

Ueda also added, as a testament to the Chappaqua community, that “the support has been tremendous” and the family is very appreciative. “Everyone has been respectful and thoughtful and [has made] all aspects of this [tragic event] less stressful.”

The family continued to feel this support during the event as well, which took the form of an open gym, where guests could play on the balance beam, swing on the gymnastic rings, bounce in the bouncy castle or trampoline, or slide on the slide. Additional activities included face painting and arts and crafts. The staff also prepared a food room, made up entirely of donated goods from local businesses, including sandwiches from Quaker Hill Tavern, cupcakes from The Pastry Corner, a decorative fruit platter from Susan Lawrence, and pizza from Bellizzi. The afternoon ended–as all kids’ events should–with bubble popping and a parachute game. 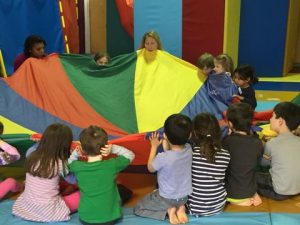 Echoes Jessica Reinmann, co-founder of Chappaqua Cares, Chappaqua Shares, of the overwhelming response: “I think it’s a testament to the community that so much money has been donated and people are so willing to help.”
On behalf of the community, Levine states that “our thoughts and prayers are with the immediate family of the Dirks and all the families who were affected by the Metro-North crash.” The Dirks family also wishes to personally thank Levine for organizing the whole event, all the proceeds of which will benefit a scholarship fund for Dirks’ children. “We’re so happy the Dirks could come,” Levine said in response. “It gives the day an extra special meaning for us.”

Matt Smith is a longtime Chappaqua resident, who graduated from Skidmore College last Spring, with a degree in Theatre and a Minor in Creative Writing. This was his first assignment for the Inside Press, Inc.