Following three OVERSOLD premiere performances at Whippoorwill Hall in Westchester County, NY, the creative team of Choices: A Rock Opera went back to the drawing board to improve the show wherever necessary. After meeting with several focus groups that included dozens of people with mixed theatrical backgrounds, ranging from casual theatergoers to Tony-Award winning producers and directors, it was determined by Choices creator John Krupa to “go deeper” with the show’s next performances at the Chappaqua Performing Arts Center on November 11, 12 and 13.

“The goal of the new shows is to explore the storyline, characters, emotions, reactions, and all interpersonal relationships to a deeper degree,” states Krupa.  To help achieve this, there is a new focus on acting, with a concentration on character motivation. In the prior performances, acting was secondary to singing and blocking.

The storyline has been given greater depth by adding six brand new songs that provides more backstory and better explains certain elements of the storyline.  The show has even been working with a licensed therapist to help better understand why the characters might do what they do. 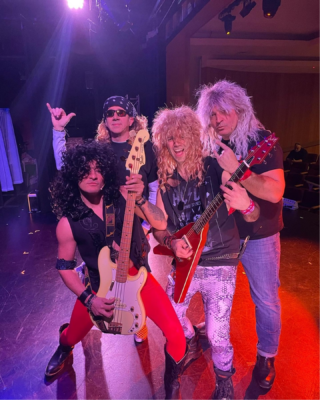 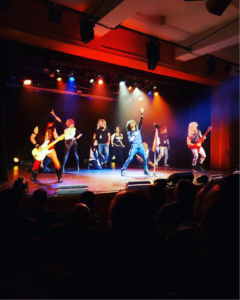 “In the first shows, we purposely left a lot to the interpretation of the viewer. In response, viewers suggested that we provide them a little more information about the characters and the storyline, to help them see things more clearly.  We were happy to oblige.” Krupa says the changes made “give more clarity to important elements of the plot, illuminating reasons why a character acts a certain way or interacts with another character in a certain way.  These changes do not change the storyline at all, but merely enhance it.”

Choices: A Rock Opera tells the story of a journey through life of a lead singer in a 1980’s “hair band”.  His journey is universal in the way that with each twist and turn he must make choices as to which path to take, knowing that all paths lead forward, and you can’t do-over your past.  With the changes made for the Chappaqua Performing Arts Center shows on November 11 & 12, viewers will have a deeper understanding of who this person is and why he makes the choices he does.  Choices is Broadway bound, and these Westchester shows (Westchester County, NY is home to the show’s creative team) are critical to the development of the story, and the show overall.

Tickets are on sale now for the Chappaqua Performing Arts Center November 11 & 12 shows at www.choicesarockopera.com. Check out that site for additional information on the show and to buy show merchandise.  See you at the next shows!