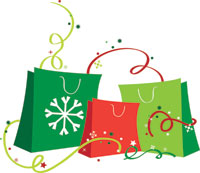 As I stood in Rite Aid contemplating the pumpkin shaped Reese’s Peanut Butter Cup Halloween candy, I was experiencing decidedly mixed emotions. I found myself silently cursing the ad men of Madison Avenue for having the audacity to push out holiday candy earlier and earlier every year. This was the first week of September and I had just begun to accept that my daughter and I would taking no more weekend jaunts to Jones Beach in 2014. How presumptuous of them to think that, in shorts and a t-shirt, I’d be unable to resist a traditional corduroy pants and sweater treat. Yet simultaneously, like a good Pavlovian canine, I felt a rush of wonderful anticipation picturing myself biting that pumpkin in half and tasting the singular melding of milk chocolate with that slightly salty and delicious peanut butter. I’m not sure if I actually salivated but let’s just say the feeling of desire for this, the Cadillac of counter candy, was strong. They got me. Again.

One of the nice things about holidays is that they come around each year no matter what. There is a stability that’s inherent to these inevitable and theoretically pleasant annual occasions. And, even if a certain holiday ends up being a bummer this year, there’s a chance for a better one next year. I don’t need those amazing chocolate covered marshmallow turkeys that hastily appear on November 1st to inform me that Thanksgiving is approaching. At that point I’m still buying the massively reduced Halloween candy. Similarly, like the sun rising in the east I know that there will be 27 varieties of candy canes at Walgreen’s before I’ve even had my first left-over turkey omelet that Friday morning after Thanksgiving. You see, the themed candy coming out earlier every year just emphasizes how crazed many of us have become just rushing through various elements of our lives.

I’ve chosen to use the candy thing as a gentle reminder to not rush the holidays and, more importantly, to remember not to hurry through those wonderful experiences in our lives that truly are fleeting and won’t come around year after year. Some things do have a finality. For example, my son, now a senior at Greeley, is fully engaged in many a “for the last time” experience, be it varsity soccer or an acapella concert. Like most of his peers, he’s also focused on college applications. It is easy to obsess over the details, and not just embrace this year long moment. On a recent college visit upstate, he and I were talking about spiritual matters and I was quite impressed with his perspective. I realized that college is not just the next thing, but the perfect venue for him to continue to evolve. Notably, this moment felt like a respite from the college application mania that is so pervasive. Of course, the moment faded back to crazed fervor when I realized he hadn’t brought a button down shirt for his admissions interview, and we’d have to find a Kohl’s and pick one up. Sigh.

With the winter holidays approaching, it occurs to me that despite all the noise–whether constant holiday advertising, music, office parties and even something as simple as green & red M&M’s (which are awesome) – I’m going to take a Zen approach and try to just be in the moment. I will try to focus on presence rather than presents this time and not let the all-consuming, if well-intentioned, madness engulf me.  At least that’s the plan.

I’m not a particularly sentimental person and I grew up without much focus on the winter holidays. In college, however, I had a girlfriend for whom Christmas was by far the most wonderful day of the year. Yet every single Christmas I spent with her, she ended up crying; and those were not tears of joy. At the time, I just tried (and often failed) to not make things worse. In retrospect, I think she was innocently guilty of buying into the pre-holiday hysteria and building the day into an unachievable ideal. And, those were the days when chocolate snowmen didn’t come out until December 1st. I can only imagine how she gets through it now.

I suppose that a truly spiritual being would be able to keep things in perspective throughout their life and have the clarity to be constantly present in their own existence. That ability does not come to me naturally. However, I am at a stage in my life where I do have moments of reflection and recognition, and, if I’m lucky enough to embrace them, that will be a fine accomplishment this holiday season and year ahead. At least I’ll try. Don’t get me wrong, I will be buying and eating holiday-themed chocolate all the way to Valentine’s Day and through Easter. And don’t get me started on those Cadbury Cream Eggs.

Dan Levitz has lived in Chappaqua for ten years and is an art dealer and writer with a blog on The Huffington Post.