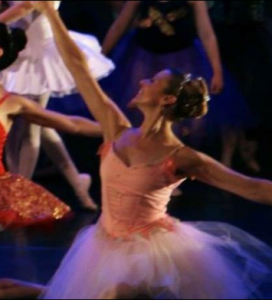 At the end of a side street off of Old Route 22 in town, there’s a special place called Armonk Dance where children pirouette, plié and practice their latest hip-hop moves all in a warm, welcoming environment where the emphasis is on fun. Owner Cynthia D’Angelo envisioned opening a type of dance studio where anyone from Broadway-bound hopefuls to children with special needs can dance.

D’Angelo strives to make the studio “all inclusive.” Kids with Down syndrome or children with autism are included in classes and not segregated. “For us our mission statement is not just about the teams or medals on the wall, which I think can sometimes take over a school,” D’Angelo says. “Our philosophy is that all kids can dance. You don’t have to be the perfect height or the perfect weight.”

The dance studio has been in its current location for 13 years and houses four spacious studios with sprung floors or multipurpose flooring to ensure the dancers’ safety and prevent injury. It also contains a dancewear boutique, which is open for students of the studio as well as the general public. D’Angelo takes great pride in the fact that the children from her dance company also designed the murals on display on the studio walls. The space also features a large lobby, homework area, child’s play area and changing rooms and cubbies.

This past season D’Angelo’s studio had more than 600 dancers enrolled and had almost 100 classes to choose from with students ranging in age from three through 18. “I started dancing when I was nine because I was lazy,” laughs D’Angelo, who considers herself a “late bloomer” in the dance world. Despite her late entry into dancing, D’Angelo excelled at ballet and trained with Judi Drozd of the Joffrey Ballet as a teenager. D’Angelo trained additionally with the Boston Ballet, Walnut Hill of the Performing Arts and Jacobs Pillow 12 + 12 program, which toured in Russia.

As a student enrolled at the University of Missouri – Kansas City obtaining her fine arts degree, she began to study other forms of dance including hip-hop, contemporary, flamenco and jazz. D’Angelo eventually became an adjunct professor of dance at the university. She later moved back to the East Coast and taught at Armonk Dance for more than a decade. She was offered the chance to buy the studio after its previous owners decided to relocate. Even as the studio’s owner, she still enjoys teaching several classes a week there. 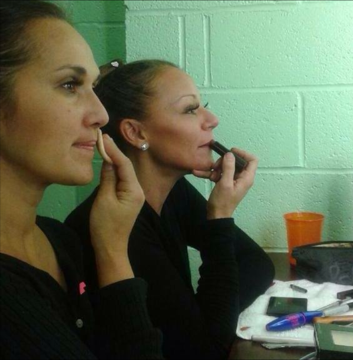 D’Angelo ensures that her staff is top-notch and looks for them to have a dance background or degree “so that they have the pedagogy of dance and understand anatomy and physiology so that we can build healthy dancers.” She also likes to hire local graduates of Manhattanville College in Purchase.

Her staff has obviously been very successful at honing the children’s talents. The school boasts some notable alumni such as Lauryn Ciardullo, who is the swing/Jasmine understudy in Aladdin on Broadway. Another recent alumni was on the national tour of Evita. Although D’Angelo likes to keep the focus on fun in her studio, dancers who yearn for more practice time can join the company or competition team. Interested students can visit www.armonkdance.com for more information.

Stacey Pfeffer lives with her husband and three young children in Chappaqua. She has written for Inside Chappaqua, New York Family Magazine, Westchester Parent and Kveller.com.