Members of the New Castle community gathered for a very special and monumental night for all, including myself. The event was the swearing in ceremony of Rob Greenstein (who I want to state up front is my dad but I will call him Rob for this article!) as Town Supervisor, Lisa Katz as Deputy Supervisor, Ivy Pool as Town Councilwoman and Noah Sorkin as Town Justice.

The venue was the beautiful Chappaqua Performing Arts Center which supported a tremendous crowd and turned out to be an ideal location to hold the swearing-in ceremony. President William Jefferson Clinton was the honored guest and many New Castle residents were excited for a chance to see him either both before and/or during the ceremony. Some of the other honored guests were Pat Keegan and Mike Alter on behalf of Congresswoman Nita Lowey, Peter Harckham on behalf of Governor Andrew Cuomo, Michael Jefferson on behalf of Senator Terrence Murphy’s office, Assemblyman David Buchwald and Westchester County Legislator Mike Kaplowitz.

Town Justice Doug Kraus opened the ceremony asking the packed crowd to rise for the presentation of the Color Guard. A group of local boy scouts then led the Pledge of Allegiance followed by Greeley student, Elena Cantor, singing a beautiful moving rendition of the “Star Spangled Banner.”

The Oath of Office requires elected officials to perform to the best of their ability, noted President Bill Clinton, who also reminded us that they are human beings and often make mistakes.

Town Justice Doug Kraus thanked our neighbor and keynote speaker President Clinton for joining us. Judge Kraus also commended Adam Brodsky for his dedicated service and work for the town the last four years. In addition, Judge Kraus noted three responsibilities as residents of New Castle, stating that “we are all responsible for the success of our Government.” He mentioned that responsible citizens of a Democracy should have: …the duty to be informed, the duty to be involved and the duty to be reasonable.” He emphasized that “the last thing we should want to do is go after our elected officials when they work with the other side.” 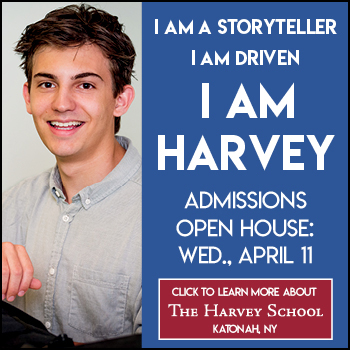 All of the members of the crowd waited patiently for President Clinton to rise to the podium. Adam Brodsky had the honor of introducing him and noted that in each of President Clinton’s inaugural addresses, he emphasized the need to take greater personal responsibility for our neighbors and our community. He mentioned that the Clintons attend many New Castle events and are often spotted in local stores in the town of Chappaqua. Brodsky then proceeded to introduce the 42nd President of the United States.


It was then President Clinton’s turn! President Clinton jokingly pointed out that he has lived in Chappaqua longer than any person being sworn in and stated that Chappaqua has been the longest place he has ever lived. He mentioned that he enjoys swearing-in ceremonies since they happen early in the year, which means it is a new beginning for the community. He relayed that the Oath of Office requires elected officials to perform to the best of their ability but also reminded us that they are human beings and often make mistakes.

Clinton continued: “When trying to do your best every day we wake up and inside our heart is like a scale–on one side of the scale there are ways that make us darker–on the other side there are ways to make us lighter. The balance is slighter different every day. If given the privilege of public service, put another rock on the lighter side every day.” He added that he is grateful when people take the risk to run in local elections. These people have chosen as Teddy Roosevelt once famously said, “to get into the arena.” He said we should thank them for being willing to run, and thank their opponents for being willing to run as well. He then lastly said, “Let’s get this show on the road.”

First to be sworn in was Town Justice Noah Sorkin. Judge Sorkin and his wife, Stephanie, have lived in New Castle for 27 years, sending their two children, Dana and Matthew through the local public schools. Judge Sorkin is beginning his sixth year as one of our local judges. Judge Sorkin said it was a “privilege and honor to serve as one of the Town Justices.” He thanked residents for their confidence and support noting that being a Judge “has been an amazing journey of public service.”

He thanked the Court personnel and staff, as well as the Town Prosecutors. He also acknowledged his mentors and role models County Judges Zuckerman and Kraus.


Newly elected Town councilwoman Ivy Pool came next. Ivy and her husband, Christian Edstrom, have lived in New Castle since 2010. They have two children, Mattias, 9, and Alexandra, 7, who attend Grafflin Elementary School. Ivy thanked everyone “for coming out to celebrate our Democracy, our community and our future.”

She thanked the New Castle Democratic Committee and Up2Us. In the aftermath of 2016 elections, Ivy felt called to run for public office. Ivy noted that “through consensus and collaboration that we can have a more effective Town Government.” By working together, “we will do great things for this town.”

Ivy promised to work hard every day. She acknowledged all of the young people in the audience, including the Girl Scouts from Group Troop 1024. She hopes that her election inspires those young people to run for public office.

Deputy supervisor Lisa Katz was then sworn in. Lisa has called Chappaqua home for the past 12 years with her husband, Steven, and their two children, Arden and Spencer. Lisa was elected and began to serve as New Castle Town Council Member in 2014. With this re-election, she begins her fifth year in office. Lisa vowed to continue to develop the Chappaqua Performing Arts Center into a regional arts and cultural destination. She thanked the New Castle Republican Party for “standing behind us and eschewing party politics.” Lisa stated “we are all in this together bound by our collective dreams to make New Castle a stronger, more vibrant and united community.”

And last to be sworn in was Town Supervisor Rob Greenstein. Rob noted that “this really is the largest inauguration crowd in New Castle history” and thanked President Clinton for his role in bringing residents out. Rob has lived in Chappaqua for 14 years with my mom, Cindy, and my brothers Daniel and Mason.

Rob became the Town Supervisor in 2014. This is his third term. Rob congratulated Ivy for joining the town’s “collaborative government and working to make the community a better place to live and raise a family.” He also congratulated Lisa for leading the efforts to create the Chappaqua Performing Arts Center. Rob reminded us that our greatest resource is our residents. He thanked town attorneys, Keane and Beane, the police department, town employees and department heads. He thanked Adam Brodsky “whose vision and leadership will indeed result in an incredibly improved Chappaqua hamlet.”

He thanked Town Administrator Jill Shapiro for helping him over the last four years. Rob also thanked the New Castle Republican leaders for supporting a Democrat–three times–without regard to his political affiliation. Rob noted that we are a small town “but that doesn’t stop us from having big ambitions. He added: “We will continue to speak out about fairness, respect and tolerance.”

It was a truly special night for the community (and for my family), and I will always remember it.

Additional photos by Hannah Rosenberg, a junior at Horace Greeley High School, are within a social media album on our Facebook page, Inside Chappaqua and Inside Armonk Magazines.

Jessie Greenstein is a senior at Horace Greeley High School. When Jessie isn’t
writing, she is running, swimming, kicking a soccer ball, fighting with her two brothers and playing with her three dogs.