Shows are Continuing at ChappPac through December 19, and then it’s on to Broadway, Dec. 20-24

Chappaqua, NY, December 4— While the opening show already took place last night, I’d be remiss not to urge families in Chappaqua, Westchester, and beyond, to go and grab tickets while you still can for family and friends, with Saturday night and Sunday performances happening this weekend too, to enjoy this delightful, playful, leaving-to-Broadway soon classic production here in town for a respectable stretch, December 3-19, before it moves to the Palladium in Times Square. Take out your holiday ‘to do’ list and add: Tickets to Broadway Heaven Here First on a Beautiful Stage in Chappaqua. 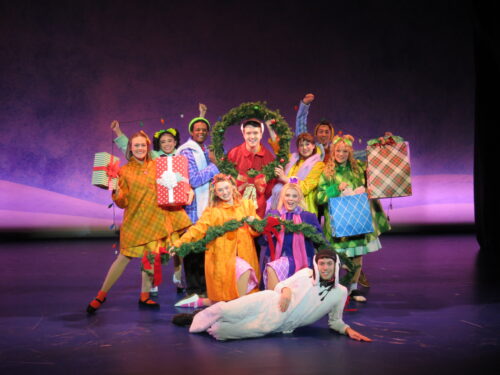 Todd Gershwin, producer, was on hand at a preview event to relate that the show has been a holiday ‘must see’ in cities across north America since 2017. “We’ve played in the biggest cities and theaters. We’ve been waiting for the right time to bring this show home,” said Gershwin, a Westchester resident for the last 15 years, too.  After Westchester, we’re going to New York City and Times Square at the Palladium,” he told press who if I had to guess were as mesmerized as I was  by the talented cast’s opening numbers.

“There’s nowhere else that we wanted to launch the show and develop the show but here,” Gershwin said of the Chappaqua Performing Arts Center.  “The last few weeks in Westchester have been incredible and we plan on bringing many more big shows here.”

Along with the cast performing several opening numbers during a special preview, Director Robert Coulson took to the ChappPac stage as well to first thank Gershwin for his vision, and to also offer a poignant observation of the theatre experience in these pandemic times. “This is the first time a lot of people are seen here after the pandemic, being around our loved ones and our families, and making new memories and new holiday traditions,” said Coulson. “As soon as I found out that we were going to be doing this in Westchester and specifically in Chappaqua, I was thrilled!” said Coulson, who related that he went to school in Chappaqua, too.

He said that there’s a new version to the show, one “that makes it feel like a ‘book musical’… it has the traditional musical theatre element that we love.”

But what struck me most was Coulson relating that Charles Schultz was “a visionary… and that much like Fred Rogers, he did not speak down to children; he really tackled important issues in his comic strips, and that’s an important way to talk to kids, and also to adults,” who grew up with Charlie Brown in the mid ’60s.

“Being able to bring this to a new generation is really exciting,” he said, as was adding a new segment “when Lucy is talking to Schroeder about her crush and asks him to play Jingle Bells, and she finally gets to live her fantasy moment to be “the Christmas Queen.”

“We’re thrilled to share the show with Chappaqua and to people coming from all over the world to experience Christmas in New York.” 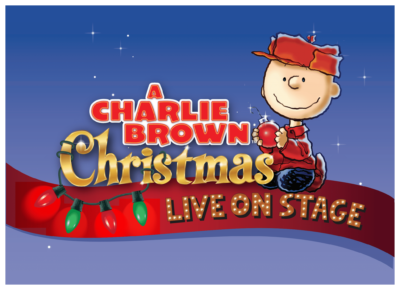 The following info was provided to the Inside Press:

More About A Charlie Brown Christmas: Live On Stage