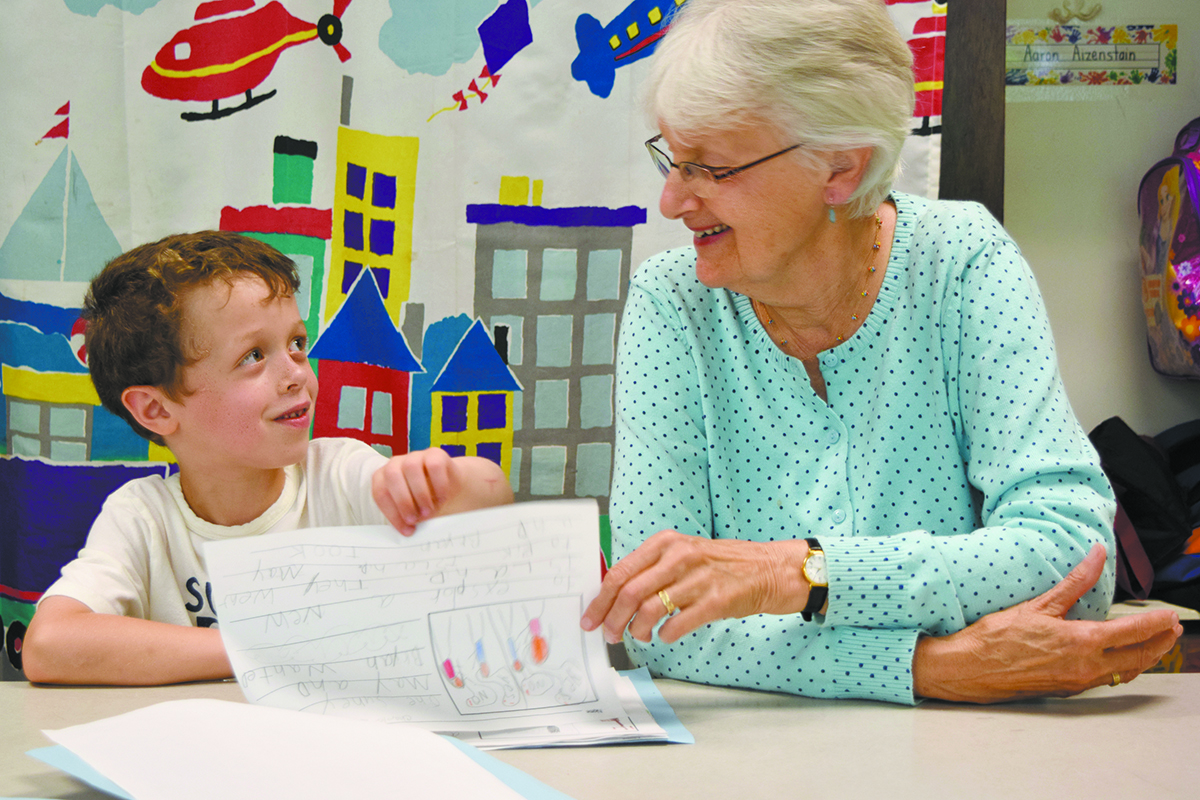 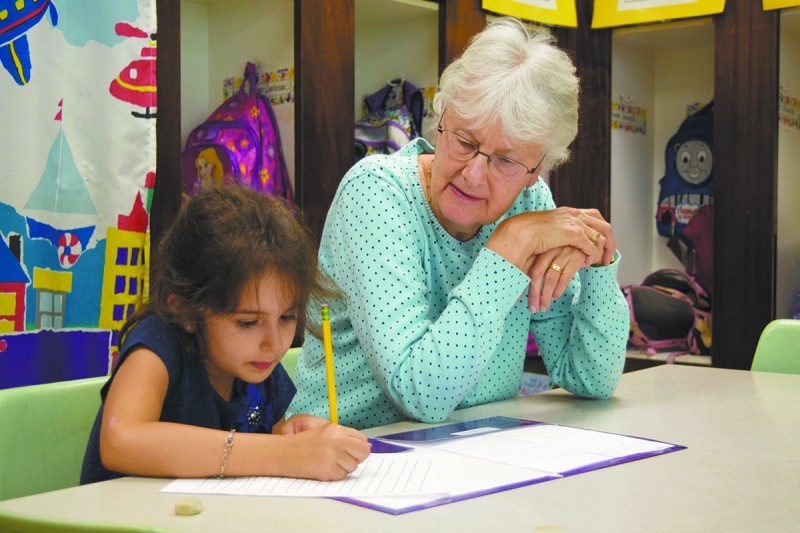 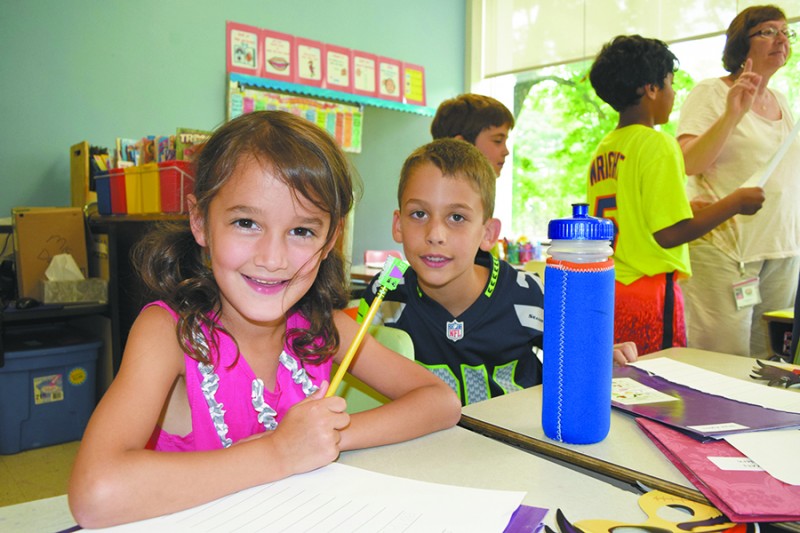 One of Chappaqua’s most well known and prolific children’s authors, Jean Van Leeuwen, is part of an adorable and sweet surprise for a certain class of first graders each year.

Douglas Grafflin Elementary School first grade teacher Yvonne Davies tells the story: “Jean has been volunteering with me approximately 15 years: she worked with two other colleagues before me that I know of. The children develop a relationship with her over the year as she works with them one on one, giving ideas and suggestions. They know her as a community volunteer, “Mrs. Gavril” until May, when we do ‘the reveal.’

“By then kids have become better readers and have often fallen in love with the Oliver and Amanda Pig book series, written by Jean van Leeuwen.

One day in May, I let them know that they will get to meet Jean Van Leeuwen and the excitement grows. The priceless looks on their faces when they discover that Mrs. Gavril IS Jean Van Leeuwen, and realize they have been working with a famous author all year is one of the highlights of first grade. While kids always enjoy working with her, after they realize who she is, they can’t get enough.”

Shhh…keep it a secret, parents of rising first graders!

Jean has lived in Chappaqua for 38 years, and have been volunteering at Grafflin for close to 20 years. 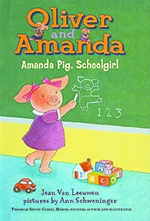 While her Oliver and Amanda Pig series are popular around the world, she has written for both toddlers and middle graders we well.

She notes: “Many of them have been inspired by my own two children, David and Elizabeth. When they were very small, I didn’t have much time for writing. The only free time in my day was when they were taking their naps. So I began to write little stories about what they were doing and saying. These stories grew into a book, Tales of Oliver Pig. Over the years, that first book has grown into a whole series of Easy-to-Read books about Oliver and Amanda Pig. Even though my children are now grown-up, I still write from my memories of the fun we had together when they were young.”

The Chappaqua Children’s Book Festival and Hall of Scoops are thrilled to pay tribute to Oliver and Amanda Pig with a “Purple Pig Tales” flavor at Hall of Scoops during the month of September. Proceeds will benefit the JCY-WCP SMART program (Students and Mature Adults Read Together). A kick-off party on Monday, August 31st from 2-4 p.m. will include crafts, games and a reading by Jean Van Leeuwen.

About the upcoming book festival, Jean says: “I of course am a big fan of the book festival! It provides an opportunity for local children to purchase books directly from the author and illustrator and have them signed then and there. They may learn a little bit about how a book comes to be. And the festival promotes reading, and encourages parents to be involved in reading with their children.”