Ok, I’m trying to stay positive. Still, it feels good to say ‘so long’ to what has been downright ugly. We have seen the impact of hate mongering and a gun epidemic across America, from the spike in hate and lethal crimes across the board, as was the case with the terror directed toward so many prominent individuals via U.S. mail, and immediately thereafter, the horrific tragedies via gunfire at the Tree of Life Synagogue and at the Thousand Oaks nightclub. Then disaster struck, as we sat back helpless taking in the massive wildfire in California and its accompanying death toll of nearly 90 people with hundreds still missing, And in our backyard, as we went to press, The Inside Press team was saddened to learn that a passionate community campaign to bring Armando Rojas back home, had not succeeded. A saving feeling prevails, however: There is great comfort when we all come together as a community to mourn tragedies and put our heads together on how to make our future brighter for all of us and future generations.

As the publisher of a magazine for communities that are off the charts charitable, I also know that behind all the bad news, there is much that’s positive and promising and beautiful on the landscape for our future, and so we will be keeping our eyes peeled for all that. As we head into 2019, via our team, we’re going to keep bringing what’s ‘beautiful’ in our lives to you, from the ‘Inside’ out, for certain. For our first edition in 16 years of publishing, a March/April 2019 book, please look for our ‘Beautiful’ theme throughout, and get in touch early to ask how you can support us. Please write to grace@insidepress.com.

In the meantime, thank you to all the residents here ‘and beyond’ who read and share stories we work hard to produce. Thank you to all the generous sponsors who support  community print and online coverage. Wishing you and our families much warmth and joy and all things beautiful through the holiday season.

Editor’s Note:  In the wake of the horrible massacre-leaving 11 dead and six others injured-during a bris service at the Tree of Life Synagogue in Pittsburgh, we are calling attention to the new but impactful ‘WoMen4All,’ who have been courageously and consistently ringing the alarm that anti-semitism is a politically blind scourge affecting both party extremes, and that as Democrats and progressives, we ignore the fringe left wing variety at our peril. That is true too of any courting by politicians of virulent anti Israel, pro BDS activists and activities, which are intended to dismantle the Jewish state and whether by design or not, stir anti-semitic sentiment along the way. Meanwhile, in the current political climate, we have a president who is doing precious little to fight anti-semitism, a GOP body that remains silent while he continues to activate a base of loyal alt right supporters who in Charlottesville by the hundreds yelled, “Jews will not replace us.” The toxicity of the climate toward Jews should not be underestimated. It is also WoMen4All’s core belief that the hatred of the alt right escalated soon after Trump was elected, and that we desperately need leaders who will unify and not drive a wedge further.  Here, the story of WoMen for All….  – Grace Bennett, Publisher and Editor and WMFA Member 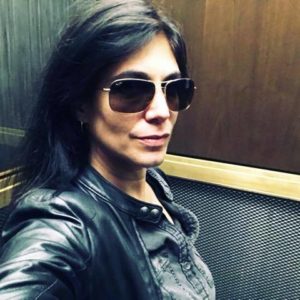 October 28, 2018 New York, NY– Nisi Jacobs, a New York City-based 3D video editor and founder of WoMen For All, is no stranger to bigotry. Growing up in Binghamton, New York, in the late 1960s and early 70s, Nisi recalls being unwelcome into her neighbors’ homes because she was Jewish. When her group of friends would go have lunch together at one of their houses, she would wait outside on the steps. When Nisi was four-years-old, the neighbor across the street from her family’s home threatened to shoot her when he found her walking on his lawn boundary, “if I catch you dirty Jew walking on my lawn again, I will get my gun and shoot you.” At nursery school, she made a good friend and began to enjoy after-school playdates. One day, when she was being picked up by her parents, they were told the family had become ‘born again’ and Jews were no longer welcome in their home. Nisi’s family moved to New York City before she entered kindergarten.

With her memories of being discriminated against as a Jew and her long time liberal progressive Democrat history, with high hopes Nisi joined the tens of thousands of women who participated in the 2017 Women’s March challenging the Trump regime on a wide variety of issues—not the least of which was that Trump had attracted a deeply racist and anti-Semitic, alt-right following.

So it was profoundly disappointing when the Women’s March began showing its own strain of anti-Semitism cloaked in its continuous anti Zionism proclamations and actual bullying of Israel-supporting, liberal Democrats.

Early on, at a lesbian march in Chicago, three women carrying Jewish pride flags–rainbow flags embossed with a Star of David — were thrown out of the event after their flags were called a “trigger.” Gradually, it became clear to Jacobs that the Women’s March—which purported to be a movement supporting equality, human rights for all, and transformative social change—was being severely compromised by what felt like anti-Semitism at the very top.

Jacobs decided that she “could no longer sit quietly on the steps.” She didn’t want to just quit and she didn’t want to stop marching for women’s equality and for full ratification of the Equal Rights Amendment. “I wanted to be part of a movement that truly represented all women’s right to resist.”

Jacobs’ group was first named ‘Women’s March For All’ but was repeatedly mistaken for the Women’s March, which led to accusations that Jacobs’ group was anti-Semitic. The group has since dropped ‘march’ from its name to become WoMen For All. Their updated mission page explains (https://women4all.org/mission/): “Everyone is welcome in the WMFA Including male allies. We are inclusive, not divisive. We welcome men who bravely champion women’s rights and value the contributions they have, and will continue to make, to our community. We recently dropped ‘march’ from our name as we had been accused too many times of #antisemitism which is one of the very reasons WMFA was formed.♀”

WoMen For All is the grassroots movement that advocates for equal rights and against all forms of bigotry and hatred. Jacobs’s board comprises a diverse, core group of decision-makers, all of whom felt marginalized by the Women’s March. “Our board includes people from all backgrounds, ethnicities, races, religions and gender identities,” notes Jacobs.

WoMen For All is primarily concerned with promoting equal rights for all. They advocate for gun reform, paid family leave, reproductive rights, an equal, gender-blind pay scale, and civil rights protections for all immigrants, amongst other things. Moreover, they vocally oppose racism, homophobia, religious prejudice, and police brutality.

And close to Jacobs’ personal experience, WoMen For All pursues the objective of making people more aware of the current wave of anti-Semitism in America and across the globe. “Anti-Semitism doesn’t seem to register to most people as an urgent issue,” states Jacobs, who is trying to make her audience aware of the danger of pro-BDS (Boycott, Divest, and Sanction Israel) candidates in the United States. The group is calling out the fringe “Democratic Socialists” who have adopted the BDS movement as part of their platform.

WoMen For All is also promoting the adoption of the International Holocaust Remembrance Alliance’s (IHRA) definition of anti-Semitism and has launched a petition in support of this cause. “With the surge of anti-Semitism from both sides of the political aisle, I’m hopeful and staying optimistic that the the petition will persuade the Democrat National Committee does the right thing and adopt the IHRA definition, an internationally accepted definition,” notes Bennett. To sign the petition: https://www.change.org/p/democratic-national-committee-democrats-say-no-to-antisemitism

Please consider a donation today as well to the Tree of Life Synagogue. https://bit.ly/2Q2k97i