Editor’s Note: An ongoing ‘Celebrating 20 Years Together’ at the Jacob Burns Film Center features a local favorite of many, including moi, the Jewish Film Festival. A peek into its screenings and more of what the remarkable staff of the Burns say theater goers can look forward to at their favorite Westchester destination theater, next door. Do consider a membership to help support programming at the Burns Center. – Grace Bennett

This year’s Jewish Film Festival will feature over 20 films, several with Q&As, and even a Film to Table program boasting a tasting menu inspired by Israeli television series The Chef. Opening night kicks off with Karaoke, a charming dramedy filled with suburban ennui, and the series continues with heartwarming flicks like iMordecai – starring Judd Hirsch and Carol Kane ‐ as well as More Than I Deserve, a poignant coming-of-age story. With lighthearted fare such as “Fellini-esque gangster comedy of Jewish despair” The Plot Against Harry, plus documentaries covering everything from the little-known history of the Wild West’s Jewish cowboys to breaking the Baltimore Symphony Orchestra’s glass ceiling, this year’s festival truly has something for everyone. 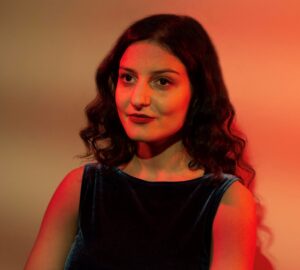 Two of the filmmakers featured in this year’s festival are Westchester natives! Most notably, Ethan Fuirst is a former employee of the Jacob Burns Film Center! Originally hailing from Chappaqua, Ethan worked at the JBFC Theater’s box office as a teen. His short film The Victorias, which made the rounds on the festival circuit before being selected as a Vimeo Staff Pick, will screen as part of JFF. Filmmaker Sophie Parens is also a local, originally hailing from Sleepy Hollow!

More about the Film Shorts 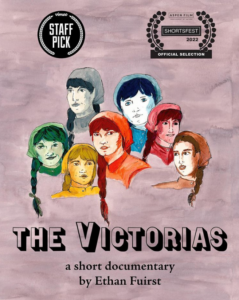 At NYC’s Tenement Museum, a diverse group of costumed interpreters took turns performing as 14-year-old Sephardic immigrant Victoria Confino in 1916. After being laid off during the pandemic, the “Vickies” reflect on the experience of telling another’s story. Filmmaker Ethan Fuirst’s quirky short packs a surprising emotional punch. 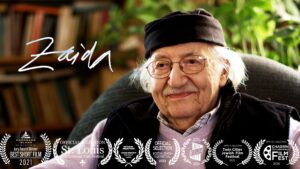 Sophie Parens tells the story of her grandfather Henri Parens, who escaped the Holocaust at the age of 12 and went on to become a globally recognized psychoanalyst dedicated to the prevention of prejudice. Sophie was moved to make this film in the wake of the 2017 Charlottesville riot.

On October 11 at 6:30 p.m., you can also join a Q&A with filmmakers Sophie Parens and Ethan Fuirst with festival curator Bruni Burres, followed by a reception in the Jane Peck Gallery.

An unauthorized adaptation of Bram Stoker’s Dracula, Nosferatu is the quintessential silent vampire film, crafted by legendary German director F. W. Murnau (Sunrise, Faust, The Last Laugh). Rather than depicting Dracula as a shape-shifting monster or debonair gentleman, Murnau’s Graf Orlok (as portrayed by Max Schreck) is a nightmarish, spidery creature of bulbous head and taloned
claws–perhaps the most genuinely disturbing incarnation of vampirism yet envisioned. Nosferatu was an atypical expressionist film in that much of it was shot on location. While directors such as Lang and Lubitsch built vast forests and entire towns within the studio, Nosferatu’s landscapes, villages and castle were actual locations in the Carpathian mountains. Murnau was thus able to infuse the story with the subtle tones of nature: both pure and fresh as well as twisted and sinister.

To confirm dates and times, and to follow all that’s happening at the Burns, please visit burnsfilmcenter.org