Since 1991, the non-profit food pantry has been dedicated to creating a healthier and stronger community.

Article and Photos By Justin Ellick

MOUNT KISCO, NY—On what was a gloomy, lazy Sunday for most members of the greater Mount Kisco community, there was a burst of cheer and positive energy coming from the back lawn of The United Methodist Church on the corner of Smith Avenue and Main Street. It was here where the Mount Kisco Interfaith Food Pantry celebrated its 25th Anniversary.

Founded in 1991, the Mt. Kisco Interfaith Food Pantry has acted as a reliable service for anyone who’s having trouble putting food on the table for themselves or their loved ones. The only pantry in the area that offers regular, weekly food distributions, Mount Kisco Interfaith is a nonprofit organization made up of extremely dedicated volunteers, some of whom are even former clients of the pantry themselves.

The gathering on Sunday wasn’t only celebrating 25 years of the pantry, but also how much and how rapidly the organization has grown in such a short period of time. The difference the food pantry has been able to make in the greater Mount Kisco area over the years is something every volunteer dreamed of, but never truly believed to be all that realistic.

“We wanted what’s here, but we never thought it would go on for this long or make such a big difference throughout the community”, said founder and board member Karen Ostro. “We started with just four families at Moore Avenue and it grew to many hundreds of families now.” 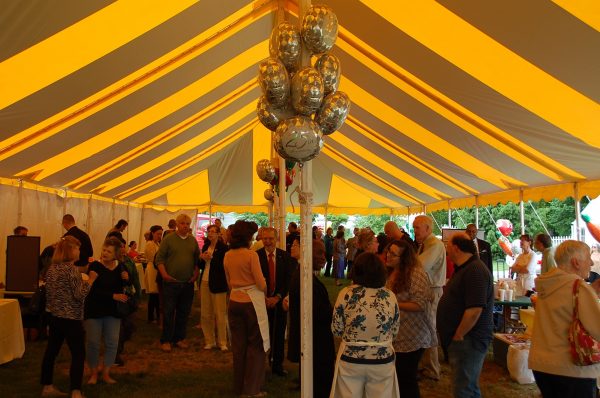 While the pantry is flourishing today, providing food for upwards of 200 families a week, its goal is to severely decrease the number of hungry families throughout the area, ultimately minimalizing the need for such an organization.

“It’s sad that there’s such a need”, continued Ostro. “But at least there’s a response to that need. That’s what we’re here for.” 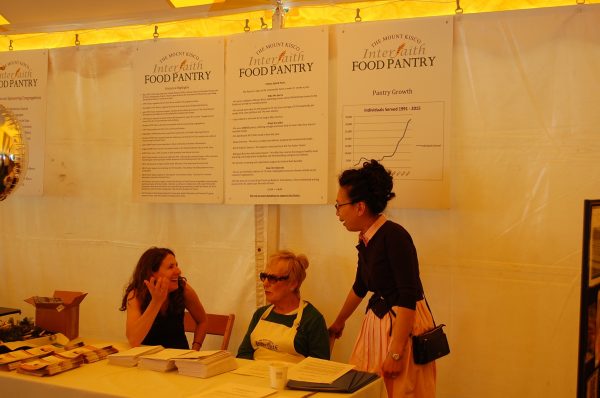 The pantry encourages clients to only come when they need to, acting as a safety net for anyone who doesn’t have enough nutritious food for themselves or for their family at the moment. Ideally, a client spends about a month or so using the food pantry and its services, before slowly getting back on their feet and eventually being able to afford their own groceries again. Sometimes, the interfaith food pantry even sees former clients come back as volunteers, in an effort to give back to the organization that once helped them so dramatically.

“We had a family this past year that came to the pantry every week for about six or seven weeks”, said Operations Director Roberta Horowitz. “After a few weeks without seeing them, they came back with a donation and have been donating regularly ever since. It’s really wonderful to see the entire process come full circle like that.”

Twenty-five years ago, The Mount Kisco Interfaith Food Pantry opened its first location in an abandoned one-room schoolhouse. Today, the Pantry has grown immensely both in the services it offers and the number of people it feeds. Its goal from the get-go has been to create a stronger, healthier community, and it has done just that.